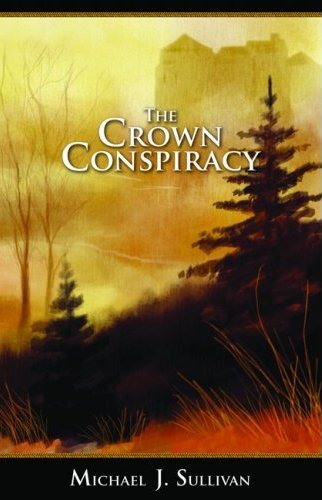 Oh man. If anyone deserves to have had his series picked up it is Michael J. Sullivan. One of the kindest, down-to-earth and talented writers in the fantasy genre, who was still kinda indie. That didn't stop the buzz from jumping his sales in the last few months. The fantasy world has been onto (VIA blogs and GoodReads and Amazon reviews) his series for a little while now and I am no stranger to being a gigantic fan. I tell everyone I know to read it. It's about time a big publisher took notice and saw what a talent this guy is.


Anyways, I am so pleased that Michael has been picked up by a big publisher as it will only widen his readership and perhaps get more people to read a story that I am privileged to have been able to read. He was even gracious enough to autograph my copies of both THE EMERALD STORM and WINTERTIDE.  Reviews for all five of the books that have been released are HERE, HERE, HERE, HERE and HERE respectively.


"Orbit is pleased to announce that it has acquired the six-book Riyria Revelations series by author Michael J. Sullivan, in a six-figure deal with agent Teri Tobias of the Teri Tobias Agency LLC. Orbit will be publishing the six titles as three two-book omnibuses in consecutive months in Fall/Winter 2011-2012. The first volume, Theft of Swords, will be published in November 2011; the second volume, Rise of Empire, in December 2011, and the final volume, Heir of Novron, in January 2012.
Senior Editor Devi Pillai says: “This is the kind of fabulous new adventure fantasy that readers of Terry Brooks and Brent Weeks can fall in love with. Michael really delivers a great story that keeps to the idea of great epic fantasy while taking on fantasy clichés and having fun with the idea of two thieves caught in the wrong place, at the wrong time. I read the first book – and I was hooked.”

Michael J. Sullivan says: “"I couldn't be happier to have The Riyria Revelations released by Orbit. Of all the fantasy imprints, they have shown an unsurpassed eye for quality and I'm both excited and humbled to be included in a select group of authors as talented as Brent Weeks, Gail Carriger, and so many others."
The first book in the saga, The Crown Conspiracy, was self-published through Ridan Publishing, a company started by Sullivan’s wife. He’s been a Kindle bestseller in historical fantasy ever since.

Born in Detroit, Michigan, Michael J. Sullivan has lived in Vermont, North Carolina, and Virginia. He worked as a commercial artist and illustrator, founding his own advertising agency in 1996, which he closed in 2005 to pursue writing full-time. He currently resides in Fairfax, Virginia with his wife and three children."
Posted by GunMetalBlue at 12:13 PM