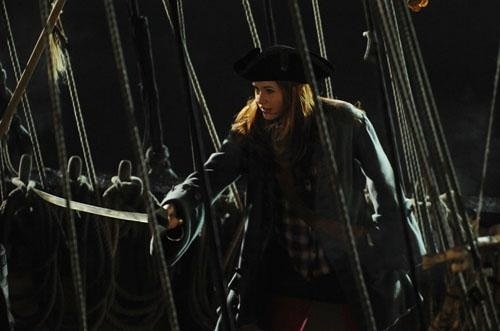 While we all patiently await the beginning of the latest sixth series of DOCTOR WHO (our appetites whetted with the teasingly fun and apt Christmas special), there have been smatterings of news over the last few months. Each one on its own seemed too small to report on, but there have been a number that I feel like mentioning now so you are all up to speed.
Pay close attention now to the madman with the box:
The first precipitous news came late last year when it was announced that Moffat and Co. were chopping up Series 6 into two segments of episodes, with two premieres and two finales, meaning they are planning to have a two-parter cliffhanger mid-series that is meant to be as bombastic as an end of series cliffhanger, then the show will “premiere” again with the second half of that cliffhanger leading into the second half of the series. I like that idea as I known it’s not meant fully as a ratings-grab but rather one that will serve to amp up the excitement for the show in the middle of the series to keep everyone’s excitement level at 10.
There has been a spate of on set filming photos and even a number of videos that have popped up online over the last few weeks. I flat out refuse to watch the on set videos as I dislike watching unedited, rough shot stuff that isn’t as I was intended to view it as a fan. I’ll wait thanks. The photos though, are nice and give us a few shots of things, like the two I have posted that happen on a pirate ship. 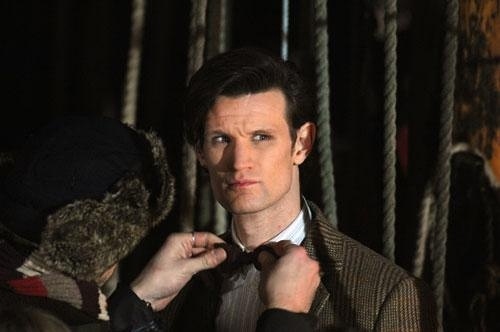 I think one of the bigger things that has happened was that for the first time, a Russell T. Davies era-invented creature, namely an Ood, showed up in that Series 6 trailer from January. I always liked the Ood, but what really interests me is the connection between RTD and Moffat era’s. The overlap as it were. Will there be anything else? Is this another case of Moffat killing off RTD-era stuff, like he did with the NEW Daleks in the Series 5 episode THE VICTORY OF THE DALEKS? Who knows. I’m sure Moffat has a plan. Though I’d be totally lying if I said I wouldn’t be absolutely chuffed to see Rose Tyler show up and meet the 11th Doctor, not to mention if Tennant came back and cameo-d as 10 with 11 on an episode. That’s just the slavering fanboy inside me though.
At any rate, it looks to be another cracker of a series of DOCTOR WHO headed our way VIA the Beeb. Stay tuned to Iceberg Ink throughout the 6th Series for weekly reviews of each new episode, as I did with my old blog.
Posted by GunMetalBlue at 7:14 AM

Email ThisBlogThis!Share to TwitterShare to FacebookShare to Pinterest
Labels: Doctor Who Series 6 news