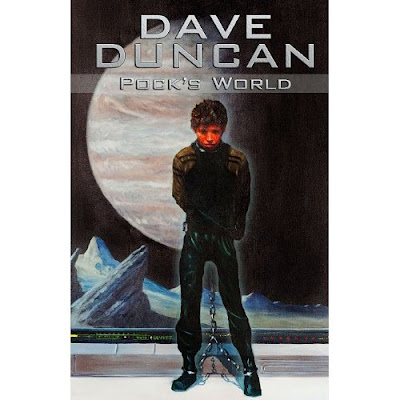 For nearly 30,000 years humanity has lived among the stars, tailoring their genes in order to live more comfortably on the precious few unterraformed planets that can support life.

And although the inhabitants of each world have mucked about considerably with their genetic makeup they are, ostensibly, still human beings, thanks in part to the moderating influence of the Catholic Church.

Using the ability to mate and breed as a measuring stick for what constitutes a human being, civilization, led by the powerful space bureaucracy STARS and the Church, have been conditioned to fear individuals whose genetic background has been altered too drastically. And from time to time human beings, who have pushed this gene manipulation to the limit, emerge.

Calling these post-human beings Cuckoos, STARS will go to any length to eradicate these genetic misfits, including destroying planets and wiping out innocent populations.

When a Cuckoo infestation is rumoured to have been uncovered on the titular Pock’s World, STARS forms a Commission, made up from a diverse cross section of leading social, religious and political figures.

The Commission travels to the strange and unfamiliar Pock’s World in pursuit of the truth where they discover Monody, the living incarnation of a planetary goddess, the remnants of a long abandoned alien civilization and a planet that is practically inhospitable to human civilization.

Of course, all of this is quickly forgotten as the Commission quickly discovers that their worst fears may already have come to pass.

While the group struggles to come to terms with their findings they learn that STARS has already made their decision for them. Pock’s World, and all who live there, is scheduled for planetary annihilation, and there’s nothing they can do to stop it.

I have a tendency to pigeonhole Dave Duncan as a Young Adult author, which is as untrue as it is unfair. I suspect that the reason for this self imposed literary label is due to the fact that I discovered Duncan as a kid and summarily formed my opinion of him as a kid’s author.

Nothing could be further from the truth.

In POCK’S WORLD Duncan writes about genocide, institutionalized torture, sexual blackmail, human sacrifice and murder. If these aren’t adult themes then clearly I’ve been reading the wrong sort of books.

I think another reason behind the mistaken mislabelling of Duncan as a YA author stems from that fact he eschews so much of the writerly verbosity that often accompanies this kind of material. He writes with a simple, straightforward and stripped down voice, eschewing unnecessarily flowery descriptions and condescending expositional backstory. And rather than have his characters spend page after page on stupefying and self serving inner narrative Duncan prefers to just get on with things.

He’s like a literary shark, if he doesn’t keep driving the story forward he’ll die. Take a look at how he uses dialogue, while a lesser sci-fi writer might find a transparent plot device to explain a complicated technical term to a reader, Duncan simply delivers the dialogue as is and lets the reader pick up the pieces.

You might find that aggravating, I find it refreshing. There’s usually enough information parcelled out in one of his conversations to get at the gist of what’s going on and honestly, I’d rather be challenged then patronized. You don’t need to understand the scientific underpinnings behind the Laws of Planetary Motion or quantum entanglement to enjoy a book and when an author decided to break up the flow of their story to start teaching me about these things, it just pisses me off.

But what about the story itself?

It’s another quintessential Dave Duncan story. (Which is to say I very much enjoyed it.)

There are so many possible interpretations of this book. This story could be viewed as an examination on society’s thoughts and attitudes on immigration and race. Or you could stretch it further and make the argument that it explores the role of organized religion in a modern social construct. Hell, I could get real pretentious and look at it through a horror lens and talk about humanity’s fear of ‘the other’. In truth, this book looks at all of these subjects.

But in the end I think its true thrust is deeper (and simpler) than that.

At its heart POCK’S WORLD is all about our fear of change and our natural distrust of the unknown.

The story constantly asks the question ‘what does it mean to be human’ and the answers Duncan comes up with may not always be satisfying to the reader. Is being human defined by the ability to interbreed? The short answer is ‘of course not’. But once you unshackle yourself from this bias and start playing around with your genetic code, you enter into a grey area with no easy answers.

Because even the smallest child knows that humanity and being human has little to do with our physical appearance. It’s tied to our intangible makeup, our social, emotional and intellectual interactions. And, as Duncan’s Cuckoos tell us, humanity does not lock itself down and confine itself to a singular form. It grows, and learns and changes.

Duncan makes a compelling, if at times unsettling, case for this argument.

This book isn’t perfect of course. Once Duncan decides to move into the book’s final act his writing loses a bit of its subtlety. Certain character motivations and goals are conveniently unlocked at just the right time, reframing key characters objectives, just as the book is struggling to find a new villain to thrust into the light.

As well, the story lacks a satisfying final conflict. In a way POCK’S WORLD is a political thriller of sorts, covering the Commission’s attempt to ferret out the truth about the mysterious Cuckoo’s before STARS slams an asteroid into their planet. While the story’s physical threat is successfully resolved the messier political plot line is abruptly curtailed. It’s not an ambiguous or even an opened ended finish to the sub plot, but rather an anti-climatic off screen resolution that I ultimately found unsatisfying.

While technically a one off there’s, enough meat on the bones of this book to easily pull off another sequel. Duncan has left readers with so many unanswered questions it’s almost like he’s daring us to ask for another book (which I hope we get). But if this is all there is I don’t think many people will be complaining.
Posted by Chris at 10:16 AM