Doctor Who Crackpot Theories! Series 7! Could The New Companion Still Be The Master? Or Maybe A Dalek? Will The 50th Anniversary Have Multiple Doctor's? 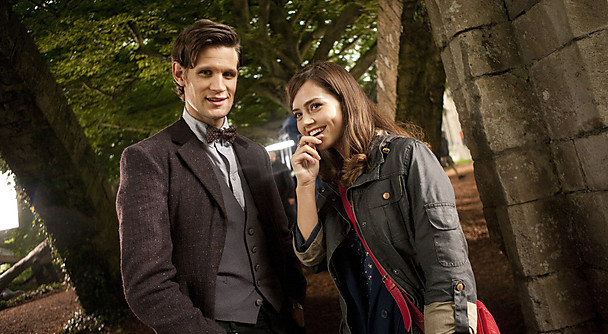 Here’s what has begun to happen this summer (I know it’s not officially summer yet, but it is to me, so there!).

Scott awaits the Seventh Series of DOCTOR WHO.

Scott gets impatient and decides to forget about it.

Scott’s Internet bookmarks (no less than 5 of which are DW related) begin to taunt him.

Scott’s judgment blurs and he begins to pine away for a show that likely won’t start till late September (the premiere will be held August 23rd).

Scott gives up on holding off and begins to get actively excited for a show that won’t air for over two months yet.

So, DOCTOR WHO fans, if you are like me then you enjoy speculating on what is in store for us in this new Series. That’s why we have a column here at Iceberg Ink called CRACKPOT THEORIES! I know you like them...

So let’s get to it shall we? 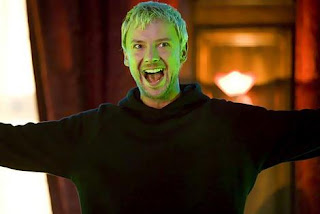 The “I’m not letting this go” Companion theory

I know I mentioned in the past (before Jenna Louise Coleman was cast in the role) that it would have been stellar and twisty to have a post-THE END OF TIME PART 2 Master (still played by John Simms, at least initially) who with the “drums” removed from his head (the cause of his insanity) might become a more benevolent (if Magneto-ish) character and therefore could be a GREAT foil as a companion to the Doctor. With the two revisiting a friendship they’ve not seen since their childhood together on Gallifrey. I just really loved the notion of that and the stories that could be written in that mold.

Now, I know that particular FLAVOUR of the theory has been blown out of the water by Coleman being cast (and rumored to be named Clara) in the companion role. But Moffat still said that she would be the most unlikely person for the Doctor to partner with. So, since this is the regeneration-heavy DOCTOR WHO universe, how about the same theory, just tweaked. Clara ends up being a female regeneration of the Master (again, post-THE END OF TIME PART 2) and is either wholly benevolent, or partially benevolent. I just think it would be REALLY great to see someone in the TARDIS who often challenges the Doctor’s motives and quite possibly offers the (sorry to keep using this analogy) Magneto-style viewpoint. A fellow timelord who presents a counterpoint and actually has the heritage (Gallifreyan and Timelord) to challenge the Doctor on his level. 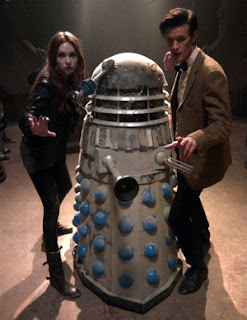 Now, should she not be the Master, who else could Clara be that the Doctor would least expect? I present to you a few options without commentary…just to be cryptic.

-Jenny (from Series 4 THE DOCTOR’S DAUGHTER)

-Another Timelord we’ve not met before


And here is one of my pet theories WITH some commentary: 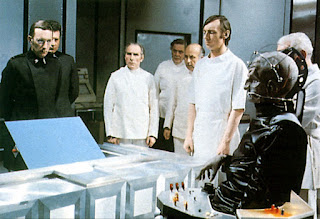 -A humanoid of the species that eventually becomes the Daleks. On the planet Skaro we know that the humanoid species of the Kaled’s and the Thal’s warred with nuclear and biological weapons causing widespread mutations and that Davros eventually created the Daleks in his image (that of a personal tank) using mutated Kaleds. So my supposition is that perhaps Clara is somehow a survivor of the Kaled-Thal war and was not mutated retaining her original humanoid form. Perhaps as a baby she was spirited away off-planet or the like to be raised as she was…but perhaps she still is aware of her race’s eventual evolution into the killer Daleks. Even if this doesn’t happen, it would be nice to see NuWho pay a little homage to the great Genesis if the Daleks episodes. We also know that the season opener is an episode with MANY different incarnations of the Daleks, so perhaps that will tie in down the line with Clara. Like I said, pet theory and probably not at all feasible…but just imagine the Doctor’s companion being one of the species of his hated enemy. Crazy! 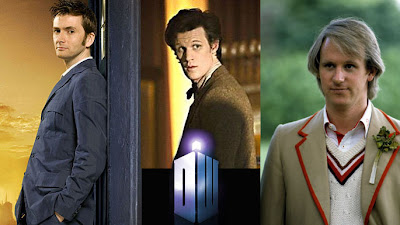 This is practically a no-brainer. Now first off, we all know Chris is nearly as obsessed (not quite though) with DOCTOR WHO as I am. So it comes with interesting quantities of shock that he has openly stated (twice!) that IF for some reason the 50th Anniversary episode(s) in 2013 DON’T include multiple previous incarnations of The Doctor (starring folks like Tennant, Davison, Baker et al) then he will officially be DONE with DOCTOR WHO. Now, I’ve known Chris a lot of years….and if he makes this vow he will stick to it no matter HOW good the post Series Seven eps could be.

That said, I personally (though I could never make such a vow myself) am right on side with his thinking. This is the 50th Anniversary of the show. Wait…that’s not enough build-up…

This is the 50th Anniversary of the BBC’s FLAGSHIP series that has populated Saturday night Telly on and off for half a century, and has seen such a ridiculous rise in overseas success that it ranks VERY highly amongst even North American sci-fi fans, let alone Brits.

Phew. Yeah, so that’s what we are talking about here. Now if Steven Moffat (a man who for the most part I endlessly admire as a writer and a staple of British TV) does for some reason choose to not do a multiple Doctor story for the 50th…I truly feel that will be the biggest disservice to the fans of the show ever in his tenure. It could even be as big a mis-step as the 6th Doctor’s Series (TIME LORD ON TRIAL) was for the show.

Now, the GOOD news is that the last major Anniversary (the 20th Anniversary in 1983) saw the airing of the multiple Doctor story THE FIVE DOCTOR’S during the 5th Doctor’s tenure, and had the 1st (re-cast since the original actor had passed away), 2nd, 3rd, 4th and 5th Doctor’s solving a problem together. It’s one of the more cherished the Classic-Who’s time on TV and I personally still love it. If anything ought to be an indicator to Moffat and Co. showcasing what the 50th Anniversary ought to be about, then that should definitely be it. So hopefully armed with the knowledge that probably more than a majority of the fans WANT a Multiple Doctor story arc tying into the 11th’s story, they will do what is right and give us such a story.

Now, like I said, I could never NOT watch DW…so I can’t make the same Vow as Chris has, but I will definitely side with him on the notion that this is what SHOULD happen for the 50th and if it doesn’t I’ll be pretty annoyed. 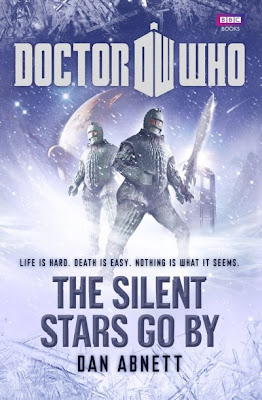 Now, aside from knowing the Daleks and The Weeping Angels return in the Seventh Series it has been mentioned only this morning that over the weekend at a Convention in the UK that perhaps the Ice Warriors would also be making a return/revamp. Not having seen any of the original Classic eps with this villain, I DO know that they seem to be a fan favourite, so a revamping of them could only be a welcome addition to NuWho. As I really feel that the show should always try out new villains and cover new territory that it’s never a bad idea to fall back and reinvent classic villains in kind of an homage to what came before.

Well, that’s about it for this week’s Crackpot Theories post, but stay tuned over the summer as more info gets dropped about the next Series perhaps there will be more room for more theories to pop up.
Posted by GunMetalBlue at 9:03 AM