Dispatches from TIFF: Grab bag O’ Reviews – JEFF, WHO LIVES AT HOME, MONEYBALL, and THE DAY


Right, I’ve been sitting on these reviews since TIFF ended and if I don’t get them off my plate soon they’ll be useless to everyone. So rather than write up THREE separate reviews I’ve decided to roll them all together into a single omni review.

Read it and enjoy at your own peril. 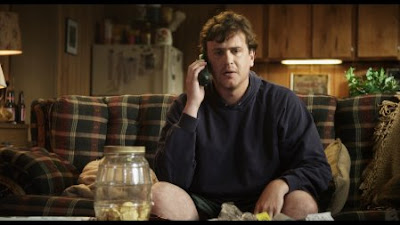 Review the first, JEFF, WHO LIVES AT HOME aka 'Why do I keep going to comedies that leave me doing the silent man choke up during the emotional climaxes?' I swear to god, since I became a Dad my emotional movie meter has been stuck on ‘blubber’. I used to yawn my way through touching and poignant scenes like they were a cure for insomnia, now I’m trying to keep it together through long distance phone ads and Tim Horton’s commercials.

Anyway, Jason Segel is the titular Jeff. Ever since his Dad died 15 years ago Jeff’s family has drifted away from each other. Jeff lives in the basement of his mother’s house, getting high and not doing much of anything at all. His older brother Pat (Ed Helms) is a raging ass who doesn’t care for anyone else except himself and his new Porsche. Refereeing her two sons is Susan Sarandon, an unhappy and lonely woman who’s been able to fill the void in her life since her husband passed away.

Alone in the basement, Jeff is convinced that everything in life has a purpose and that unseen connections exist to tie everything together. He just needs to understand what that connection is. When a mysterious phone call ends up sparking Jeff’s imagination he sets out to prove that there’s more to life than what we see around us.

A low key, but touching comedy, I was pleasantly surprised by JEFF. Helms and Segel are veteran hands of the whole improv-edy genre and I was a little concerned that the two would hijack the film with extended riffing back and forth. Fortunately their focus was laser sharp and the two never get lost in the weeds for very long. Of all the interwoven plot threads at play here Susan Sarandon’s is the most down played but also the most compelling. Her calming presence provides an understated but essential heart and soul to the film.

My biggest complaint is one of a technical nature. The directors, Jay and Mark Duplass, obviously going for documentarian aesthetic, have an irritating habit of doing EXTREME CLOSE UPS on actors’ faces during conversations using hand held cameras. It’s distracting and not more than a little nauseating. There’s a time and a place for shaky cam work, like storming the beaches of Normandy during WWII, but it doesn’t work in this film.

JEFF, WHO LIVES AT HOME finds its laughs in the everyday foibles of human interaction and dysfunctional, but loving, families. A very solid outing. 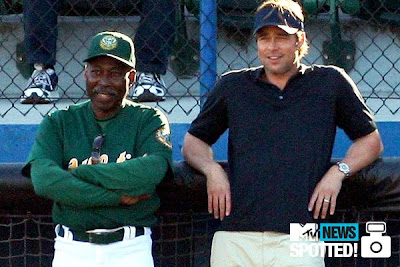 “You just can’t help but get romantic about baseball”, says Billy Beane, Brad Pitt’s character in the upcoming Oscar bait MONEYBALL. And damned if he isn’t right.

MONEYBALL is the story of General Manager Billy Beane and his attempt to turn the impoverished Oakland Athletics into legitimate contenders against teams that have payrolls that tower his own. Beane’s solution is to embrace the field of sabermetrics, which emphasizes stats over traditional physical considerations, to close the gap between the financial disparities.

$BALL isn’t a baseball movie, it’s a movie about everything that takes place behind the scenes. The film is built upon conference calls and paneled boardrooms rather than pitchers’ duels and physical prowess. But even shorn of traditional baseball movie motives, damned if baseball’s romance doesn’t bleed through anyway.

With strong performances by perennial leading man Pitt and a surprisingly understated, but no less effective, turn by funny man Jonah Hill $BALL is a film that doesn’t take too many risks, but makes the most out of the opportunities it has. You don’t have to like baseball to like this movie, because passion and drive are universal qualities that will speak to any audience. 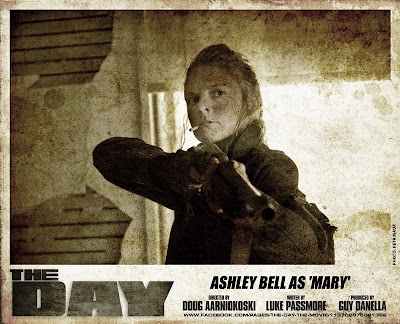 Review the third, THE DAY.

THE DAY is the low budget love child between MAD MAX and Cormac McCarthy’s THE ROAD. Only instead of fighting over the world’s remaining oil deposits the post apocalyptic survivors of THE DAY are just struggling to find something to eat. Of course some survivors are a little less squeamish than others, which means they don’t mind dining out on their fellow human beings.

THE DAY deals with a small group of survivors led by Shawn Ashmore and Dominic Monaghan, who stop in a seemingly abandoned farmhouse to rest and take shelter from the elements. However the farmhouse is really just an elaborately constructed trap to capture wayward travellers and hold them there so that they can be slaughtered and eaten by a local group of hunters.

When the cannibals, led by actor Michael Eklund, show up to collect their meal they find they’ve stumbled on more than they bargained for. What follows is a no holds barred, guns a’blazing fight for survival as Ashmore’s group holes up in the farmhouse to fend off the hunters.

For a movie playing about in such rich territory I found the THE DAY to be strangely bloodless, which is odd for a genre film like this. There was more gore and viscera in the TIFF darling DRIVE than the entirety of this film. I’m not calling for violence for the sake of violence, but in a world seemingly awash in bloodthirsty cannibals it seems odd that we’re never actually shown a scene where our protagonists are seriously considered as being candidates for a late night snack. Instead the audience is simply told that the baddies are cannibals, presumably to up the stakes, and the rest is left up to our imaginations, which sadly aren’t given much to go on. I would have liked to have seen some boldness on the part of the film to explore the darker reaches of the human psyche, pushed to the brink, rather than tread on the same old action flick clichés.

THE DAY traded largely on these clichés and stereotyped scenarios, trotting out familiar setups and characters and transposing them into the post-apocalypse scenario. What was fascinating about the movie were the risks not taken and the relatively safety of their approach.

Once our survivors are trapped in the farmhouse all character exploration completely stops. The most interesting characters are dipped in amber, their growth frozen in time and reduced to trotting out stock phrases.

The one standout of the film is actress Ashley Bell, who delivers a very credible performance as a tortured young woman living in this fresh hell, but not really alive. Bell’s character struggles to find the will to keep on fighting, despite all the horror she’s scene and death she’s been apart of. Of all the lead characters, hers is the most watchable and the most original.