Doctor Who: A conflicted DW fan makes his case. 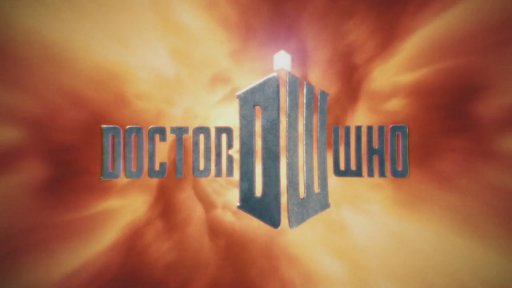 Okay, if you’re looking for a review of the latest episode of DOCTOR WHO, the one for the mid-series finale A GOOD MAN GOES TO WAR, you won’t find it here. I make it a point not to review the first part of a two-parter, of which this latest episode most certainly is.
What does that mean? Well, because they’ve decided to split the season up (sigh…really?) into two halves, you won’t seen another DOCTOR WHO review here till September.
That said I’d like to discuss a few things about the current series that I’ve been feeling recently. Chris and I were discussing this a bit the other day and I thought, since I usually post something about DW on Monday’s, why not make a post about it. I’m not going to post much in the way of spoilers, so don’t worry about that, but these will be my thoughts about ideas and plotlines ect. so proceed with whatever caution you feel like.
Let me start by saying that I am (as you all know) a GIANT DW fan. I loved Series 1 with Christopher Eccelstone in the role and I loved the majority of Series 2-4 + The Specials with David Tennant. I would look forward to seeing it every Saturday with baited breath. Like I would get seriously excited. I remember getting up an hour early one Monday morning just so I could watch the Series 4 opener PARTNERS IN CRIME before work, and when Rose showed up at the end I totally freaked out. I’ve ordered t-shirts, mugs, and my gf spoils me with DW paraphernalia on my Birthday usually, and on Christmas (hello remote control Dalek!). That’s the kind of fan I am.
Now, which are my favourite stories/episodes from those seasons? THE EMPTY CHILD & THE DOCTOR DANCES, THE GIRL IN THE FIREPLACE, BLINK, SILENCE IN THE LIBRARY & THE FOREST OF THE DEAD. What do all those episodes have in common? Writer Steven Moffat is what. So when I heard that Russell T. Davies was leaving the role of showrunner and that Moffat was replacing him I was over the moon! I mean, my favourite DW writer…running the show? What more could one ask for?
Welllllllll…
Having to deal with “Regeneration Jitters” once again (with David Tennant leaving the lead role and Matt Smith taking it over) was bad enough, but to also watch a changing of the guard ushering in a new era of WHO had me kind of basket-casey as a fan…till I saw some of the first real footage of Smith dressed as The Doctor and I relaxed a bit. Then I saw the Moff scripted Series 5 opener THE ELEVENTH HOUR which I thought was a pretty damn fine intro of Smith as the character and I was pretty sold on him as the Doctor. Fast forward a bit. Smith is brilliant as the shows’ lead and while I have a soft spot of Rose and Donna, Amy Pond is a decent enough companion. Rory seemed underused and had yet to go through a Mickey-like transformation from slobbering boyfriend to staunch warrior, but it was early days still. Overall the cast was cool and I was totally still enjoying on some level.

Email ThisBlogThis!Share to TwitterShare to FacebookShare to Pinterest
Labels: Doctor Who, Rant