For me, Bernard Cornwell has (since I first read his work) been at the top of my historical fiction author list. Like Ridley Scott in the film world, he just does epic historical adventures RIGHT.
I’ve only recently started to scratch the surface of his Sharpe books, but I’ve been following his Saxon Stories (beginning with THE LAST KINGDOM) since they began. The story of Uhtred, a saxon child raised by Vikings who later in life has to serve the pious king Alfred The Great, is compelling and action packed.
There have been five novels in the series so far, and it turns out the sixth is now on the horizon. Set to be released in September of this year, THE DEATH OF KINGS will continue Uhtred’s tale in the kingdom before there was a kingdom. Sign me up!
Synopsis:
As the ninth century wanes, England appears about to be plunged into chaos once more. For the Viking-raised but Saxon-born warrior, Uhtred, whose life seems to shadow the making of England, this presents him with difficult choices.
King Alfred is dying and his passing threatens the island of Britain to renewed warfare. Alfred wants his son, Edward, to succeed him but there are other Saxon claimants to the throne as well as ambitious pagan Vikings to the north.
Uhtred‘s loyalty – and his vows – were to Alfred, not to his son, and despite his long years of service to Alfred, he is still not committed to the Saxon cause. His own desire is to reclaim his long lost lands and castle to the north. But the challenge to him, as the king’s warrior, is that he knows that he will either be the means of making Alfred’s dream of a united and Christian England come to pass or be responsible for condemning it to oblivion. 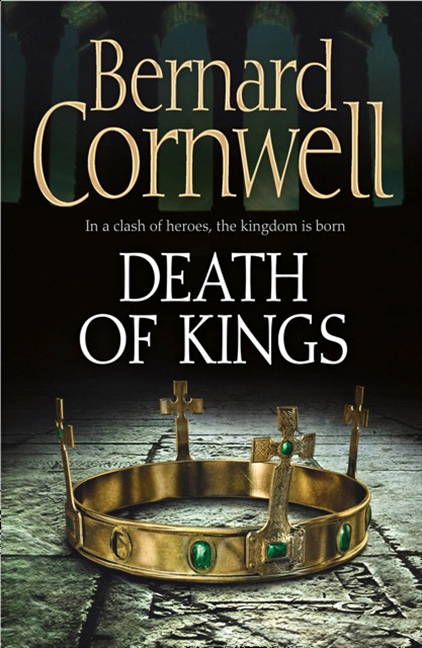 Posted by GunMetalBlue at 6:53 AM