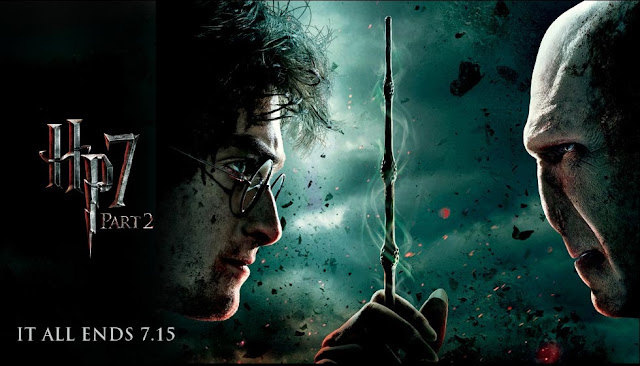 Let’s talk about fantasy shall we?
When it comes to entertainment mediums other than books, fantasy has until recently maintained a relatively “below the radar” “not for mainstream masses” type behaviour. Sure there are exceptions to the rule, but mostly before the mid to late 1990’s fantasy films and television shows were usually scattered, not well produced and considered more in terms of a joke than anything.
Sci-Fi differs because it has nearly ALWAYS enjoyed a healthy life in both these mediums. People were always willing to accept space and futurism into the mainstream (Star Trek the original series, Pulp serials), but for every five or six sci-fi shows or films over the years there would only be one WIZARD OF OZ, or EXCALIBRE or LEGEND in any given year or even decade. 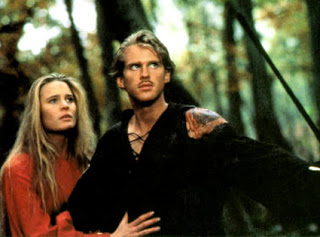 I was never really sure I understood mainstream masses acceptance of sci-fi, but seemingly wholesale dismissal of most fantasy. So much so that film and TV networks thought that the properties were not going to make enough money for them. Shows like Wonder Woman in the 70’s, or Beauty & The Beast in the 80’s were anomalies that succeeded not because of their fantastical nature, but because of how they drew viewers in to character relationships, and specific plot details. Movies fared far fewer between as well. Yes, the 80’s gave us THE PRINCESS BRIDE, CONAN, WILLOW, THE NEVERENDING STORY, LEGEND, and LABYRINTH which succeeded (some more than others though), but there was also LADYHAWKE, EXCALIBRE, DRAGONSLAYER, BEASTMASTER and TIME BANDITS that received less approval (back then at any rate…most of those are cult hits now by the nostalgia-pack) from the public. Part of that is surely the production value that the companies who made them were able to sink into them, and the fact that special effects could only look so realistic at the time. For some reason sci-fi flourished while fantasy languished from year to year. Movies like E.T. THE EXTRATERRESTRIAL, STAR WARS and STAR TREK (films) seemed to solidify sci-fi’s mass appeal so that whole families, teens or even single adults had no trouble tromping out to the theatre to see the latest spacey goodness. 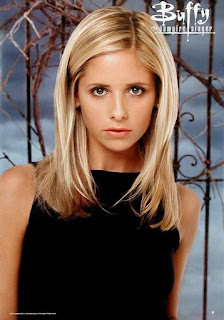 It wasn’t until the mid 1990’s that things started to turn around. I remember the poster for some lame fantasy film with grown up rat/kangaroos of something and thinking to myself “Wow, I haven’t seen a proper fantasy film since 1989’s WILLOW.” And though the movie was probably going to be crap, it made me think maybe….just maybe fantasy (my fave genre) was going to be coming back. In 1991 HOOK came out and people liked it. Sure, it carried the name of Spielberg but at least it was something. Disney had started it’s animated renaissance with THE LITTLE MERMAID, and early superhero movies were starting to come out like BATMAN RETURNS, TEENAGE MUTANT NINJA TURTLES. On TV BUFFY THE VAMPIRE SLAYER had begun and started renewed interest in all things supernatural, and the juggernaut it became by the end of the 1990’s was impressive.
Where though, was classic fantasy hiding. You know what I mean. Where were our epic’s to rival STAR WARS, or STAR TREK? They’d not shown up yet…but, little did I know that in the mid 1990’s (with CGI special effects being proven to be VERY impressive with films like JURASSIC PARK) a New Zealander by the name of Peter Jackson who had just finished work on his “afterlife ghost” film THE FRIGHTENERS (one of my faves, if you haven’t seen it you absolutely should!!) was pondering why no one had yet made THE LORD OF THE RINGS into a film (other than Ralph Bakshi’s 1978 animated version). 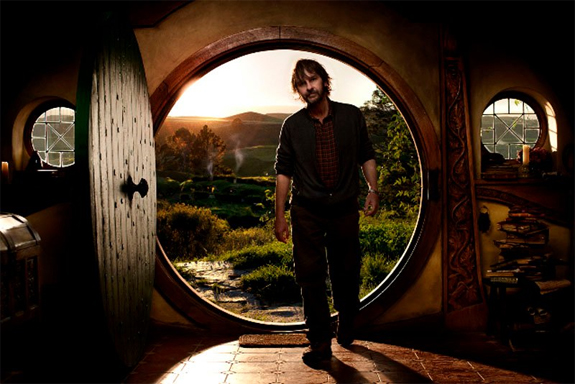 I still remember being at work and seeing the teaser trailer for the whole trilogy of films the first time and thinking…”Finally! Here it is. Here is our epic!”
How little I knew. That THE LORD OF THE RINGS became such a huge insanely popular film series was great enough on its own, but then along came the HARRY POTTER films as well (Read: the 3rd film in 2004 solidified with the masses and not just book fans). What was a very popular book series has now (all these years later) become one of the longest, most respected, most engaging film series of all time. Seriously, think about it. EIGHT films. Eight. Every last one of them a classic now in its own way. The first two are arguably the most childlike and the least of the films, but even they are respectable films with a who’s who of British thespians at the fore. With the last film debuting this summer it could not look more epic. I never thought I’d see a serial that was so consistently GOOD with each film. Think about it. No other series in history of celluloid is this consistent. So, we have the two major fantasy properties LOTR and POTTER as our huge planet-like fantasy classic epic’s. But what’s better, is that orbiting them are satellites that consist of Superhero films (like THE DARK KNIGHT, and X-MEN), The MUMMY films, the BLADE films, the PIRATES OF THE CARIBBEAN films, The HELLBOY films (or anything by Guillermo Del Toro), The UNDERWORLD films, and many others. Basically between 2000 and 2011 the list and number of fantasy properties has grown exponentially revolving around the two columns of rock that are LOTR and HP. Jackson is even bringing us back to his film version of Middle Earth with a new set of films based on THE HOBBIT (just started shooting last month), and I am sure we are all excited to return.
Now we can even add TV to that, in 2004 ABC began a 6 year journey with a fantasy/sci-fi edge called LOST, BUFFY continued till 2003 and spun off into other media, SMALLVILLE has been on the air for ten years, SUPERNATURAL has a huge following, even HEROES was successful for a time. We’ve come a LONG way from XENA and HERCULES: THE LEGENDARY JOURNEY’S. 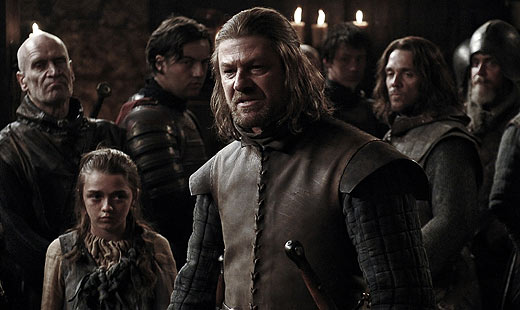 HBO ups the class factor now by adapting on of my favourite book series (George R.R. Martin’s A SONG OF ICE AND FIRE) into a very excellently produced, acted, and presented show called GAME OF THRONES.
What does this whole post mean? Why do I go on and on here? Well it’s simple. I am absolutely over the moon happy because right now, just over a decade into the new millennium…it is an incredible time to be a fantasy fan.
To all our readers, be happy that you live now, for within this fantasy renaissance exists all the dreams and wonders that have enthralled you in books since you were a kid. This is our time. Now.
Posted by GunMetalBlue at 7:50 AM

Email ThisBlogThis!Share to TwitterShare to FacebookShare to Pinterest
Labels: a love letter, fantasy