I’ll probably catch some heat for this admission…especially considering all the Star Wars EU books I HAVE read…but I have never read fan-favourite, critic-favourite, Timothy Zahn-penned, it happens right after Return of the Jedi, HEIR TO THE EMPIRE, nor its two sequels DARK FORCE RISING and THE LAST COMMAND. Nope. Never did it. I don’t have a reason really, except perhaps that my reading skills weren’t up to snuff enough in 1991 to stomach of a whole trilogy of YA/adult novels at the tender age of fourteen.
Thankfully, Lucasfilm and Del Ray come along 20 years later and provide me with a shiny, sparkly, gorgeously covered Anniversary Edition. I love Limited and Anniversary Editions. The
y are always awesome.
The book, for those who are curious, is set to drop in June of this year and features the cover below. I look forward to finally reading this series and seeing what the fuss is about. 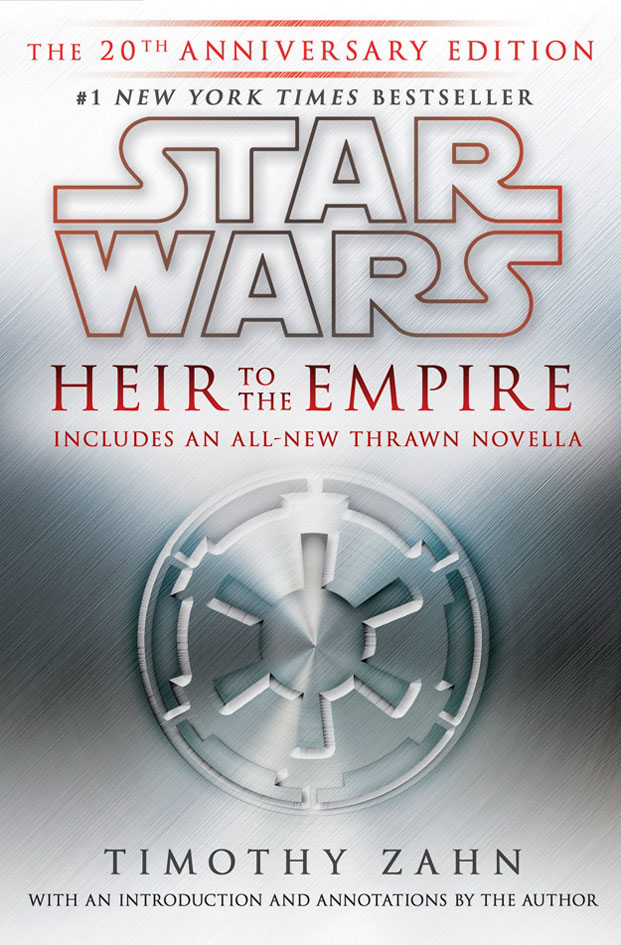 Posted by GunMetalBlue at 7:03 AM