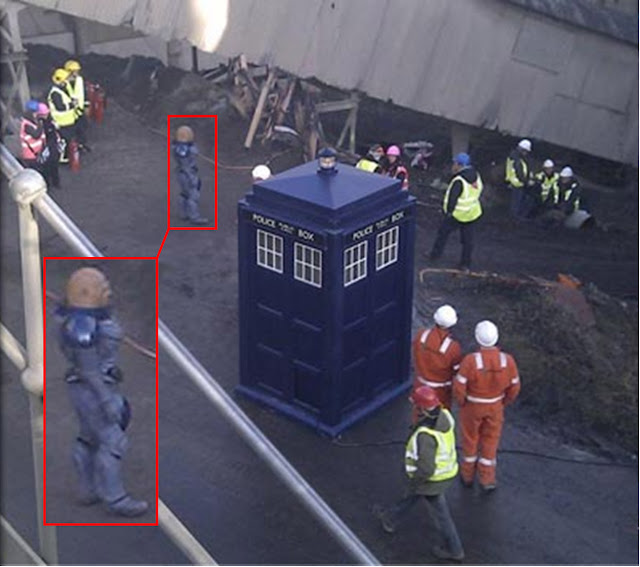 A fair-sized bit of news from the set of the now-filming DOCTOR WHO series 6 dropped today. It appears that an old enemy is returning. Yes, that is a Sontaran on set. Though my guess is that it is again part of the alliance that was formed between enemy alien races trying to contain the Doctor in THE PANDORICA OPENS episode from last season. I certainly hope we don't get a purple-tinged Russel Davies Era style Sontaran episode with silly poison gas.

In other news: Apparently there will be the return of the ORIGINAL Mondasian Cybermen..and the rumour is that they will be Officer Rank..and overlords to the Davies Era New/Cybus Cybermen....which would be a cool twist...bringing back a classic scary enemy to replace its rather non-scary revamp. Nice.
Posted by GunMetalBlue at 6:54 AM

Email ThisBlogThis!Share to TwitterShare to FacebookShare to Pinterest
Labels: Doctor Who, Series 6, Sontarans