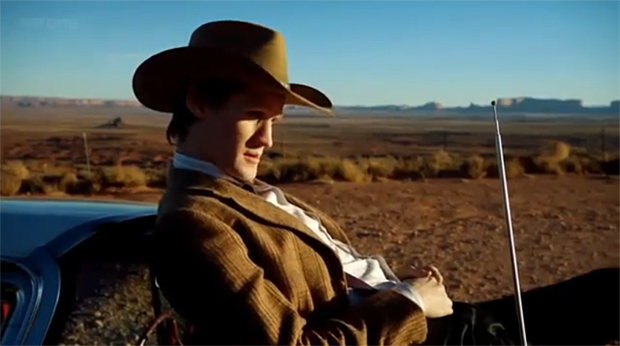 As we get closer to the debut of the latest 6th series of everyone’s favourite show (you know it is…even if it isn’t…yet. It will be.) DOCTOR WHO there is more and more interesting developments in the world of WHO, and I intend to bring ‘em to you.
I have a blog now. Blogs are cool.
A few tidbits about the show itself. The forthcoming series will now include the return of James Corden’s character (Craig Owens) from series 5 episode THE LODGER. An episode that always felt totally fun (showcasing a zany Doctor living with a roommate), THE LODGER was one of those breather episodes where the baddie was less important than the human element of the story. I’ll be happy to see him return. 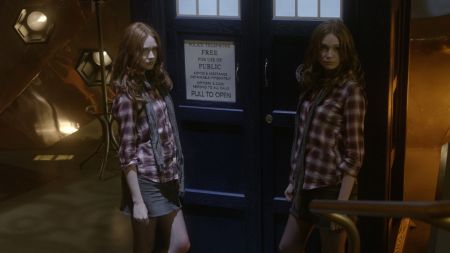 On March 19th, for this years Children In Need special, as usual the Doctor will have a short episode (8 minutes total, two 4 minute pieces according to Moffat), which will feature, amongst other things, THREE Amy Ponds, and a version of the TARDIS materializing within itself. Very excited. These little Children In Need specials are always fun, and the last one written by Moffat had the Tenth Doctor meeting the Fifth (Peter Davison returned to play the role again!) and it is probably one of my fave moments with Ten.

In TORCHWOOD: MIRACLE DAY news: Ghostbuster Ernie Hudson has been added to the cast. I’m sure Ernie will do a bang up job. Hell, ANYTHING is better than the man’s role in Dragonball: Evolution. Also added is C. Thomas Howell (24, Southland) to the list and while I know his work less than Hudson, I am still sure he was chosen for skill. It’s nice to see such a rounded out cast for the latest TORCHWOOD series, and I kind of hope this will mean that it will catch on this side of the pond as much as DW has. Only time will tell. 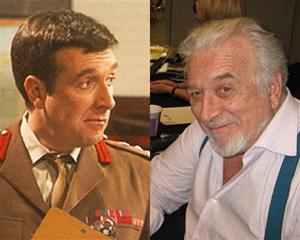 In sadder news, Actor Nicholas Courtney (1929-2011) who for many years played Brigadier Alistair Gordon Lethbridge-Stewart on DOCTOR WHO passed away. A fan favourite character (I only remember smatterings of him myself but he was always fun) the actor will be missed by many and was eulogized on social networks by a huge number of people who knew him and worked with him. He’ll be missed.

The Doctor Who Experience opened in London a few weeks back and has been a fairly big draw I hear. If I lived in the UK, I would have already been there opening day. Filled with memorabilia, sets, costumes and fun, not to mention a huge store worth of merchandise and a replication of the inside of the TARDIS you can go into. This can only spell win across the board. I convinced my gf and friends to make a trip to Florida in April of 2010 to go to THE WIZARDING WORLD OF HARRY POTTER in Orlando….how much effort could it take to do the same for the UK?

Last, but certainly not least, it appears that the world of DOCTOR WHO is going to be turned into a MMORPG! I never got too far into WoW, nor Guild Wars, or even DC Universe Online…but a Doctor Who MMORPG?! I am SO F***ing there! Sign me up. Right now. It will be called WORLDS OF TIME and will be a flash-based game. From San Francisco game company Three Rings (Puzzle Pirates), the game will consist of you trying to help the Doctor fight threats to any number of worlds. It will be free, require no downloading and will debut later this year. I’m looking forward to seeing what they do with this.
That’s all for now DW fans. Stay tuned, as I’ll have at least one more update before the show starts and we start our weekly reviews of this series.
I'll leave you all with a great video that shows 5th Doctor Peter Davison's entrance video to fan convention Gallifrey 22, which includes awesome appearances by both Freema Agyeman and David Tennant amongst others, and is basically the story of Davison attempting to get a flight to the convention and missing it...leading him to search for "other avenues". Enjoy!
Posted by GunMetalBlue at 8:48 AM

Email ThisBlogThis!Share to TwitterShare to FacebookShare to Pinterest
Labels: Doctor Who news roundup