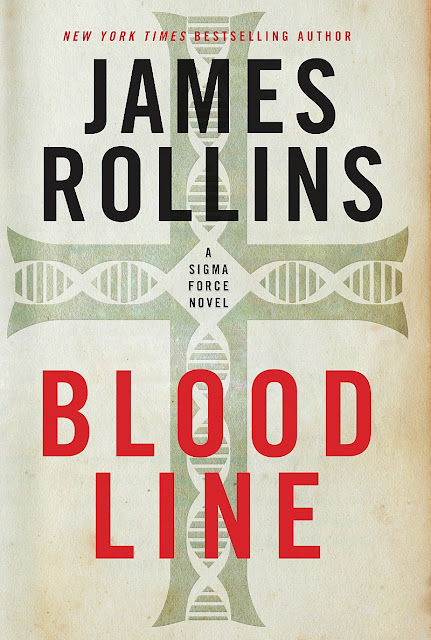 Galilee, 1025. Infiltrating an ancient citadel, a Templar knight uncovers a holy treasure long hidden within the fortress's labyrinth: the Bachal Isu—the staff of Jesus Christ—a priceless icon that holds a mysterious and terrifying power that promises to change humankind forever.
A millennium later, Somali pirates hijack a yacht off the coast of the Horn of Africa, kidnapping a young pregnant American woman. Commander Gray Pierce is enlisted for the covert rescue mission into the African jungle—for the woman is no rich tourist; she's Amanda Gant-Bennett, the daughter of the U.S. president.
Suspicious that the kidnapping masks a far more nefarious plot, Gray must confront a shadowy cabal, one who has been manipulating events throughout history . . . and now challenges the current presidency.
For this sensitive mission, SIGMA is aided by a pair of special operatives with unique talents: former Army Ranger Captain Tucker Wayne and his military war dog, Kane. But what should be a straightforward rescue turns into a fiery ambush and a deadly act of betrayal as Gray and his team discover that the hostage is a pawn in a shattering act of terrorism with dark repercussions. And the danger is only beginning. . . .
Halfway around the world, a firebombing at a fertility clinic in South Carolina exposes a centuries-old conspiracy to manipulate our genetic code. With time against them, SIGMA must race to save an innocent unborn baby, one who holds the key to a mystery and whose very existence raises questions about the nature of humanity, asking:
Could you live forever?
Would you live forever?


I read James Rollins books because they are usually Historical mysteries, twined with modern science, and crazy action set pieces. These are his call signs and were seemingly his bread and butter. This is especially true of his Sigma Force series, which I enjoy quite a bit. The core of these volumes is almost ALWAYS the historical mystery, be it Alexander the Great’s tomb, The Nazi experiment called Die Glocke (The Bell), Angkor Wat, Greek Ruins in Northern India or even Celtic tombs in Britain. To me that’s what always makes the adventures of the Sigma Team so fascinating, that above and beyond the modern day science that ties into the past, there is always some nugget of truth to ancient legends or myths and when found and interwoven with the present it made for compelling stories. This is the reason we all like Indiana Jones so much, or guiltily watch ANCIENT ALIENS. As a species we are endlessly entertained by the unexplained in our own history. Link that into a fictional narrative and you will usually have a winner. It’s why fluff like THE DAVINCI CODE did such bananas sales.

Most the Sigma books follow this pattern. And while it is always present, Rollins usually finds a way to change things up to avoid the law of diminishing returns. Be it adding characters, or changing the status quo for returning characters he was quite adept that this. It’s actually a rather fine balance to ride between science and history, and Rollins should be applauded for normally riding it.

Sadly, in his latest Sigma outing BLOODLINE he doesn’t ride it much at all. The book is almost entirely a science / tech / action thriller. The history, when present, is minimal at best. There is mention of the Knights Templar in the prologue, but then nothing for hundreds of pages. There is a relic at play here, but even its screen time is limited and constantly overshadowed by the forward thinking science and tech. It’s as if he decided that the tech and science narrative was more important on its own than couching it within the historical wrapping. Kind of a dismissal of the historical mystery as “besides the point”. At least that’s how it felt to me. Which annoyed me, I’m not going to lie. Seeing as how intricate the previous books have been about tying everything together, BLOODLINE doesn’t even attempt it. So what we are left with is a decidedly well-written, science-tech-action thriller and that’s it.

Add to this the fact that over the last few books the shadowy and evil organization known as the Guild has become more and more of a thorn in Sigma’s side, what we end up with here are a few revelations about the Guild’s beginnings and its current saturation of the higher echelons of human power. While that is interesting, I’m also left kind of wondering if BLOODLINE exists only to be a vehicle for those revelations. Kind of a Guild Mole hunt.

This is not to say that BLOODLINE is a poor book, it’s not by any means. Rollins skill is paramount and he still writes a pace-churning, hour vanishing book that will compel you to finish it. The characters are all here, though some in diminished roles. At points it feels like Too Many Cooks though. There are a lot of characters in this one and sometimes it felt like the need to include them is indulgence at best…but that meant I got to see Monk, and even Jack from the Deep Fathom so I can’t complain. The addition of new cast members Captain Tucker Wayne and his wardog Kane was probably the most shining part of the book for me. They bring more to this book than anyone else and absolutely are the best latest additions to the team. Interesting, and with a depth of character I wasn’t expecting both Tucker and his companion Kane (who actually gets POV sections) snap, crackle and pop off the page. The Gray and Seichan burgeoning love story is getting a bit old now. It’s still good, but we know where it’s headed and it needed to get there a book ago. They will either be totally together, or they will not and she will go the way of Rachel Verona. Either way, let’s just get there. If I have to read one more scene where Gray and Seichan NEARLY…only to have it interrupted by Kowlaski or someone again I’m going to freak out.

Does the historical stuff show up again? Yes. Does it pertain heavily to the story? Nope. In fact the bits about mad science and crazy tech are sort of treated the way that those parts are usually treated. Now, I’m aware that there are only so many old tombs or mysteries that the public knows about…but what about some compelling places and myths that still pepper the planet. Like Mohenjo Daro in India, or how about the mysterious Baalbek in Lebanon itself built upon the ruins of Alexander’s ancient Heliopolis, or how about the underwater pyramids of Yonaguni Jima off the southern coast of Japan, or the Valley of Death in Yakutia, Siberia. There is an absolute plethora of history to plumb in fiction, and to tie into modern day and science the way all his other books have done.

So in conclusion, for one of my favourite author’s to have delivered what can only be construed as a typical science thriller was quite disappointing to me. I was truly expecting something more like the previous Sigma books, but the history was seriously lacking here and that put me right off. Like I said, a very well-written and entertaining book, it’s not like the previous Sigma books much and could actually be a non-sigma thriller starring Sigma operatives.

Two things before I go.

1. For those people who can’t stand silly plot points in books, one in this book that stood straight out at me and said “Howdy, I am implausible” was when a collection of buildings on an island in Dubai was purchased by the bad guys so that if you looked at it on a B&W map (this was illustrated in the book for me) and highlighted the buildings they owned in colour, you’d see a nearly perfect equal armed cross. Wow. Really? So a powerful, evil sect of people (who have stayed hidden for centuries) are going to purchase a bunch of buildings in a row that will form a cross when highlighted together (basically a bright, blinking arrow and sign saying “Bad Guys Here!”)…for what purpose? So their co-conspirators can find the place easier? There is no real purpose for this notion in the book aside from “Look, it forms a cross, how cool!” and it is a HUGE chink in the armor of the narrative as it’s just super silly, and something no smart collective of bad guys would ever do.

2. This is a personal thing that rankled me that other may not have noticed. The back cover synopsis states “Galilee, 1025. Infiltrating an ancient citadel, a Templar knight uncovers a holy treasure long hidden within the fortress's labyrinth…” Being a fan of studying the Crusades and especially the Knights Templar this was so immediately incongruous that I actually had to do a double take and wonder if it was a typographic error. The first Crusade was not begun until 1096, and the Knights Templar would not be formally created by Hughes De Payens and Co. until around 1129-30. There is a notion that perhaps De Payens used a prior existing society that was in France at the time as his basis…but either way no one, French or otherwise would have gone into the Holy Land with or without a force of people and gotten ten feet into any ancient fortress without the existing Islamic peoples finding out and capturing them. Hell, that’s WHY the Crusades were what they were. It took thousands upon thousands of Knights to invade and get anywhere NEAR the relics and ancient ruins they sought. So no, no one went into Galilee in 1025 (which at the time would have been the domain of the Arab Caliphate) and not especially any of the Knights Templar who would not be formed until over a hundred years later. I hope against hope that the 1025 date is a mere typographic error (but a visit to the author’s official site proves that the synopsis exists there as well), but it’s probably not. That makes it kind of a BIG oversight. To posit that the Knights Templar existed a hundred years before they actually did bothered me. Part of the work involved in writing a fiction book that concerns history is to attempt to stay as true (at least to dates) to the reality as possible. I understand that no one knows what the Templar’s had over the Church and what they found in the Holy Land that made them rich and powerful, but the DATES in which they existed are not really meant to be played with if I am to believe the rest of the info presented as “true” or “factual”. Like I said, this might just be me who was bothered by it, but when the facts are so readily available for those events and peoples then I expect more…certainly on the back cover synopsis.

So like I said, a decent thriller, but really low on the totem pole of the Sigma books for me and I’d be lying if I said I wasn’t really disappointed with it. Will you enjoy it? If you like his books for the thriller, action, science and tech stuff only, then yes you will probably enjoy it immensely. Like I said, it's not a bad book at all, just not the book I expected, and the onus for that result is probably entirely on me. There's lots to love for Rollins' Fans, and personally if I were to give you a reason to read this book, it is the new characters of Tucker Wayne and Kane easily, they are brilliant from their introduction onwards. So, a bit of a middling to negative review here, but please don't let me sway you, give it a go yourself as you might enjoy it a lot (as other reviewers seem to be doing).
Posted by GunMetalBlue at 7:49 AM