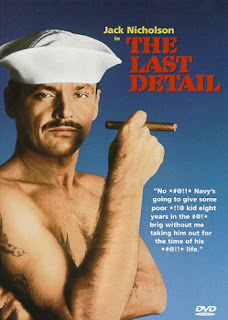 Unpredictable, anarchistic, chaotic. He's doing that thing again where he inhabits characters who can't help pushing back against the establishment. (See, FIVE EASY PIECES and ONE FLEW OVER THE CUCKOO'S NEST)

Comes out of that 70s road movie tradition where plot and story take a back seat to 'being there' and 'enjoying the experience'.

The plot is a little sappy at times but not overly so.

It was a nice little discovery for me. Everyone is aware of Jack's career highlights but its nice to know there are films of his out there playing in the same sandbox which aren't as over exposed as the classic outings.

Also, it has Randy Quaid in it when he was still an American.