I will totally cop to having thieved this topic from more than one blog this week that have done similar lists. To those blogs, I say thanks for making Wednesday at Iceberg Ink list-like!

A graphic novel for the first entry. Morrison’s WE3 is short. It’s only really 3 issues long, but what he packed into those issues is nothing short of heart-breaking. The story of a dog, cat and rabbit that have all been weaponized (encased in robot armor) and given skull implants (limited ability to speak) by the military; escaping and attempting to make it “home” while being chased by said evil military is both emotional and gruesome. I’m not afraid to admit this comic made me cry manly tears.

This is probably one of the only books to really make me laugh…a lot. Pratchett’s Discworld series is funny fantasy at its best, the Watch books being chief among them, but MEN AT ARMS just goes above and beyond. Sergeant Detritus and his military work songs = Scott falling down laughing. A hilarious book in a hilarious series, Pratchett is an absolute gift to funny fantasy.

8. THE WAY OF KINGS – Brandon Sanderson

EPIC. It’s hard to quantify which Sanderson I like best, but this one always rises to the top when I really sit and think. I recall finishing this book on a Sunday afternoon. I had been laying in bed and I got up, walked to the other room, plunked the huge hardcover down on the coffee table in front of my girlfriend and her sister and stated “One of the best fantasy books I have EVER read, period.” And turned and walked away. 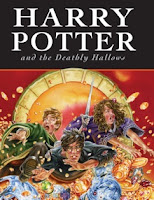 This one is kind of a no-brainer. I loved this series throughout and have re-read the whole series more than once now. Something about the epicness of the finale and how all the pieces that have been in play finally coalescing into such a finely wrought tale. I was ridiculously sad to see it end, but I don’t even think the emotions ran from that. I am more inclined to believe that the stories within, about young people overcoming odds, fighting a fight (and finishing it) that their parents had valiantly fought years before, growing up and taking responsibility. And that’s across the board for the characters as well. It was a fitting end to a series that shows us what young people CAN be, if given the chance.

Well, as stated in my review I avoided the hype and this book like the plague for the longest time. Then I gave in and read it (in one bloody night!) and a number of hours later I was not only sold enough to continue reading the series, but I went out and bought the hardcover boxed set. A truly emotional, and yet entirely action-packed YA title that deserves every accolade it is given. It is at times gut-wrenchingly sad, and at other times soaringly happy and triumphant, and even at times decidedly bittersweet. It really does fire on all cylinders emotionally.

An odd choice considering how big a Dresden fan I am, and beyond that you are probably wondering why the 3rd book in Butcher’s Alera series? Well beyond being the book that REALLY sets this series on solid footing, this is also the book with the most revelations in it. I’m not kidding; there are about 100 pages of insane (I did NOT see that coming) style revelations in this book. Enough that my brain almost melted from them.So for pure REVELATION-awesomeness this book really affected me.

4. THE LORDS OF THE NORTH – Bernard Cornwell

Why the 3rd book you ask? Well, there had been many enemies set up in the previous two novels and many situations that Uhtred could do nothing about (like his adoptive sister being held captive), and very nearly every one resolves in this one. So I got to feel triumphant along with Uhtred for the latter half of the book as he did EVERYTHING he needed to, to set things right, and it all culminates in an action-packed, blood-soaked, emotional finale that left me drained.

I love Neil Gaiman. Always have. When I was a teen I read his books and wondered how someone’s prose could elicit such wonderful images in my head. STARDUST is by and far my favourite book by him. I love every last drop of that story and I delight in the delicious prose. If I am every feeling melancholy (it’s been known to happen), I simply sit down and crack open my copy of STARDUST and slip away to a place where stars fall form the sky and true love can take many forms. “Have been unavoidably detained by the world. Expect us when you see us.” ~ Neil Gaiman

I often tout this as my favourite book of all time. People ask “What is your all time favourite book Scott?” and they obviously expect me to tell them a fantasy title (since that is my fave genre) and usually are surprised when I tell them it is a proper gothic thriller, written by a Spanish author. Zafon effectively re-awakened the gothic book with this title. It’s a book for book lovers, but is also a book about mysteries, and love, and growing up, and responsibility, and history, and most assuredly family and friends. There are shadows in this book that frighten me, and ones that intrigue me, and even a few that make me happy. I remember putting this book down and feeling so content. That’s a good thing. If I have sat down and polished a novel off and put it down feeling immensely good, then the author has done more than impress me they have affected me.

This was a tough choice. I’d be remiss if I didn’t say how the 2nd book in the series DEADHOUSE GATES, and the 3rd book in the series MEMORIES OF ICE affected me on levels I can’t even properly explain, but this (the final novel in the ten book Malazan series) did a number on me. The story culminating as it did with some questions answered and other questions remaining mysteries is kind of beside the point. Again this series was about the journey, and that journey ends here in this volume. This book absolutely GUTTED me to my core. I was ridiculously emotional while I read most of it and in one or two instances I will admit to sobbing like a little kid. Beyond that, the hole this left in my person afterward was something I have described as a huge sucking chest wound that no amount of cloth (AKA other books) could fill. It literally took me more than 2 weeks to get into another book. My experience with the end of the Malazan tale was profound to say the least.


Posted by GunMetalBlue at 7:26 AM

Email ThisBlogThis!Share to TwitterShare to FacebookShare to Pinterest
Labels: cursor's fury, deathly hallows, discworld, hunger games, lords of the north, men at arms, shadow of the wind, stardust, the crippled god, Top Ten books that had a very emotional effect on me, way of kings, we3