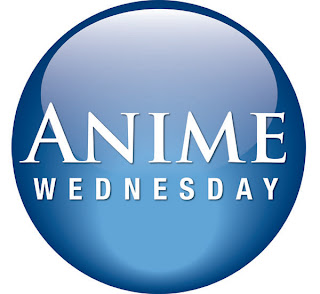 It’s Wednesday again folks, and it’s a new month so here is a new ANIME WEDNESDAY for your eye-meat consumption.


I HAD intended to do up a full-fledged post this month about NEON GENESIS: EVANGELION focusing on the latest REBUILD films. I was also going to get into what it is that I find just so compelling about them. However, I haven’t had the chance to sit down with my Blu Ray copy of REBUILD 2.2 and I feel it would be better to save that post for next month, so look for an EVA-centric post coming in September’s edition.


For today I’ve decided to get to some things I have watched or been aware of recently and a few odds you may not have known about before as well. 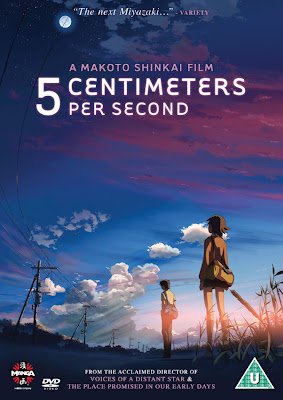 First up. Makoto Shinkai’s brilliant 5 CENTIMETRE’S PER SECOND. First off I should be clear this is NOT your typical anime and the story is an odd beast, but Shinkai is definitely no stranger to odd structure in his films. The BEST way I can describe it is thus: You know those days when you are feeling nostalgic for something you love and you go hit up YouTube for a certain scene you love from a film or TV show that is either emotional, action packed awesome, or even just dramatic perfection? For example, I have watched the Not Penny’s Boat scene from Season 3 of LOST, or the Bad Wolf Bay scene of Series 2 of DOCTOR WHO episode DOOMSDAY, or Aragorn’s gooseflesh-inducing speech standing in front of the Black Gate of Mordor so many times! Well this anime is a story in 3 pieces and it’s as if Shinkai is aware of what is going to have the most impact on the audience so we get straight to the drama, the humour or the emotion and cut any excess fat so we are left with a sumptuous piece of meat to devour. Speaking of emotional impact, I was so drained after watching this film that it felt like I’d been punched in the gut. This is a film about love, first and foremost, and secondly it is a film about the connections people share regardless of their distances. Bottom line, do yourself a favour and if you haven’t yet seen it, find yourself a copy and enjoy. The other thing that I should note is that the animation is absolutely THE MOST GORGEOUS I have EVER seen. I can’t even explain how amazing this film looks throughout. The attention to detail is mind-blowing. 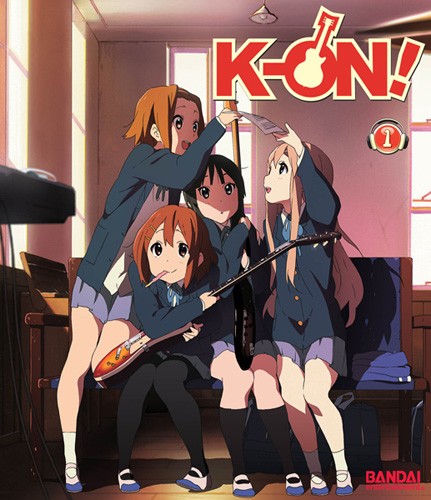 Secondly. An anime that was not even on my radar till very recently, but one I was pleasantly surprised by. K-ON! The story revolves around four Japanese high school girls who join Sakuragaoka Girl's High School's light music club to try to save it from being disbanded. However, they are the only members of the club. I’m no stranger to this type of day-to-day, living your average life style anime and I really feel that when the charm mixes with decent characters and the pacing is on, they can be some of the best stuff out there. Yeah this is a teenage comedy/drama and yeah it has the sensibility of something that is telling a story on that level, but it’s hard not to like the show. I think with this sort of show the danger (as a guy watching it) is that since it concerns 4 girls it might stray into romance territory, but like HARUHI SUZUMIYA before it K-ON! Manages to be slice-of-life instead and succeeds at being interesting enough to get lost in. I can only comment on Season 1 so far, but it was a blast to watch and I look forward to sitting down with Season 2. Anyone looking for something to replace the hole HARUHI left behind would be hard-pressed to find another school-based comedy/drama with as much deserving fan support as K-ON! seems to have behind it. Pleasant animation and fine attention to detail make it a blessing to watch and even the English Dub isn’t all that bad. Do yourself a favour and check it out if you haven’t yet.

Lastly today I’d like to talk about another recent find. Red over at The Little Redhead Reviewer actually turned me onto this one. STEINS; GATE, is a brain melty, funny, and time hopping anime. Look, all I need to do is quote the basic premise at you:


“Steins; Gate follows a self-proclaimed mad scientist named Rintarō Okabe who, along with his friends, manage to invent a microwave that can send text messages into the past, allowing him to travel between alternate worlds.”


I bet you are interested now aren’t’ ya? There’s not oodles I can say about plot without spoiling some things, but this is the first anime in a really long while to not only impress me, but cook by brain off with its crazy, but enthralling story. Episode one had me hooked, and by the time I was halfway through season 1 I was totally immersed in the world and …I’ll admit…between Rintaro, John Noble’s character Walter from FRINGE, and Professor Farnsworth from FUTURAMA…I kind of want to be a mad scientist too. Is that wrong? Ah who cares you will all bow down to my mad science! Mwwwahahaahahaha…..


Well, that’s it for this month. I hope I’ve given you anime fans some stuff to see if you haven’t yet, and if you already knew of these series and have already watched them I hope that I’ve pleased you with the knowledge that your viewing habits at least are in line with mine…and I mean truly what else could someone ask for?


Now where did I put that teleportation device…

Posted by GunMetalBlue at 12:50 PM