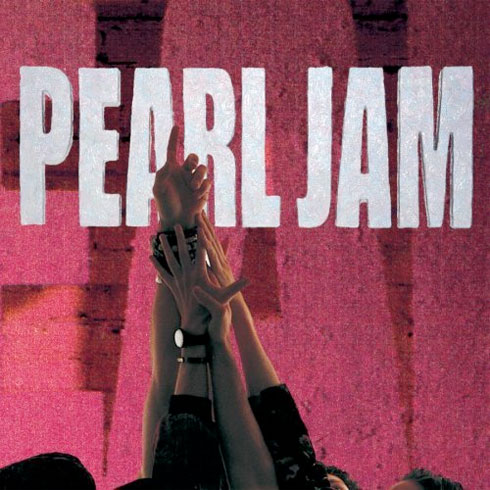 It’s curious, but when I was living/growing up in the 1990’s I thought it kind of sucked, and even looking back on it from the first few years of the new millennium I had thought that way. Now however, 10+ years on I find myself looking back fondly on a few things and at the very least the music.
As I sit here the top 5 songs on Canadian iTunes are as follows:
1.     Last Friday Night (T.G.I.F.) – Katy Perry
2.     Give Me Everything – Pitbull
3.     Party Rock Anthem – LMFAO
4.     Tonight Tonight – Hot Chelle Rae
5.     Where Dem Girls At – David Guetta (Feat. Nicki Minaj)
So let’s break that down shall we?
1.     A song about Perry being so wasted at a party that she ran through a park naked, and doesn’t remember it except bits and pieces. Classy.
2.     Party song about “living in the moment” whilst referencing many current media staples like Lindsay Lohan. Basically a rap that rhymes for the sake of rhyming and not a meaning.
3.     This is exactly what it sounds like. It’s a party anthem about getting wasted and having a good time with about seven lines of lyrics that are repeated over, and over, and over again. Oh and samples rips off the classic song TAINTED LOVE by Soft Cell. Yep.
4.     Oh hey, you know what this list needs? A song about partying and getting hammered! Wait…what? Yeah, this is ANOTHER song about that that cobbles together the most useless excuses for lyrics I have heard since the BEP’s. Lyrics like “La la la, whatever, la la la, it doesn’t matter, La la la, oh well, la la laa, we’re going at it tonight”…Seriously. REALLY?
5.     I’m gonna see if you can guess what this one is about. Take a second. Okay, if you guessed it’s about being slimey and trying to pick up girls in a club you’d be spot on correct. That Nicki Minaj is a featuring artist on the vocals should not fill you with any kind of expectations. You know that guy in the club who smells like a Drakkar-monster, he’s all sweaty and wears sunglasses indoors and has had one too many Bud’s BEFORE he got there? The one who walks up to girls and attempts to grind with their initially unknowing backside? Yeah, this song is about him. Where’s the damned Blogger “facepalm” when I need it?

I'm not saying that these songs aren't catchy, or infectious, or make you want to dance. My rant is rather more than that...
My long and winding point here is that in the 1990’s, so called “alternative music” was the mainstream and you know what? Those songs actually had a point and a meaning beyond partying and getting wasted and behaving like a douche. Seriously. I’m not saying that every song on every top ten list each year was any better than those above but I AM saying that there was A LOT more substance back then. Even those songs by artists whose goal was making something catchy and infectious at least TRIED to put something decent into the meaning behind their songs. Today the radio airwaves, iTunes top lists, and CD shops are filled with music like the above mentioned tripe. Garbage, sugar sweet pop, or hard-edged rap with no soul. The people who don’t like this type of music have one respite. Emo music. Sad bastard, woe is me style stuff by the umpteen Indie artists out there. The lyrics of which are always either some pretentious twaddle about life sucking, or song about clapping and being silly. It’s like a walking through a wasteland of the most lazy, uninspired music ever these days. Not a lot of the current mainstream music can consciously be considered art, as it’s mostly overproduced poppy nonsense. Look at that Rebecca girl, she sings the worst song EVER, rich parents make a video…and she gets a record deal. That is a level of WTF-ery that I don’t want to touch with a ten-foot pole. Yeah, Lady Gaga writes infectious, catchy, beat-strewn music but her lyrics are ridiculous and almost meaningless 1st world crap. So while your head bobs along to it, it may as well bob along to the sounds a garbage truck makes. As long as it’s got a beat right? We’ve reached this plateau on which things like Reality TV and Text-messaging and Internet sub-culture have made the world behave in a very lazy, right-now-or-I-don’t-want-it fashion. Music has fallen prey to this, and while we should be embracing technology and using it to further the art of music and using current events to fuel musical imagination no one does, because why bother as long as someone makes a beat. 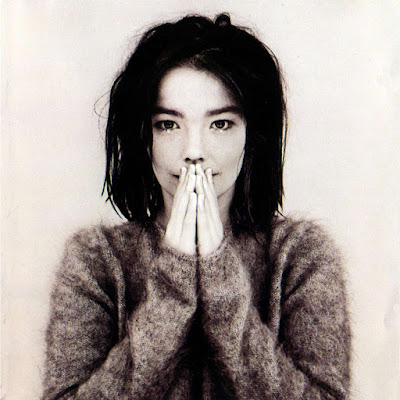 Those of you that are old enough, think back. Do you think people like Kurt Cobain, Shannon Hoon, Louise Post, Dave Grohl, Bjork, Eddie Vedder, Alanis Morisette, Billy Corgan, Zack De La Rocha, Trent Reznor, Thom Yorke, Damon Albarn, Michael Stipe, Maynard James Keenan, and China Moreno would walk across the current musical landscape and like what they see? Gods no, they’d be disgusted. They cleared the road so it could be paved with this? Those ones that are still around creating music and albums are not necessarily struggling or anything, but are they as popular as this other garbage out there? Yes, the critics still like their stuff, but it’s not like the movies where people listen to those critics. Most of the general throngs of music-listening teenage hordes listen to a lot of the above-mentioned crap because that’s what’s current and popular. It’s hard to go to a party where these tracks are played and not just feel the infectious beat and go along with the crowd.
Rewind to me as a teen. I went to a party and they played stuff like PEARL JAM’s TEN, NIRVANA’S NEVERMIND, BJORK’S DEBUT, SOUNDGARDEN’S SUPERUNKOWN, STONE TEMPLE PILOTS CORE, NIN’S PRETTY HATE MACHINE or RAGE AGAINST THE MACHINE’S self-titled debut. Arguably some of the BEST albums released in that decade bar none. All of those bands had a message and their songs (for the most part) had meaningful lyrics, interesting melodies and harmonies. It wasn’t cobbled together to meet the status quo. It was thoughtfully produced music that I still know most of the lyrics to. Yeah, some of it was angry or angsty but that was just the message. This was a world that stood up to be angry at the injustice that had been raging for years. We were environmentally aware and forward thinking, we put on music festivals to bring fans together (aping 1960’s and 1970’s) and most of all we cared, even if we pretended we didn’t. 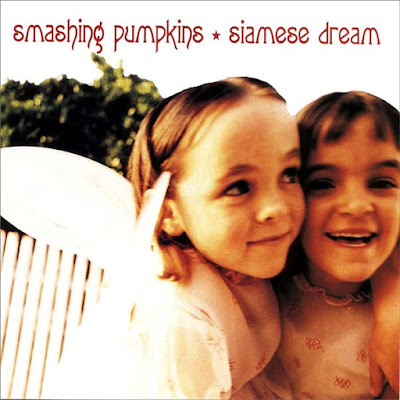 As an aside about the environmental thing, I can’t believe we came out of a decade as aware as the 90’s and the entire world embraced something like a Swiffer where you use and throw out a cloth EVERY TIME YOU SWEEP in order to make your life easier…instead of a little elbow grease and a broom. Seriously?
I think that aside falls us back into line with my complaints about today’s music being mostly lazy, uninspired, and wasteful. This is a society that has embraced a singer who’s main song chorus is “Baby, baby, baby, oh, baby, baby, baby oh”, and embraced another band who’s chorus’s are “Boom Boom Pow” “Let’s get retarded” or “Hey Mama” repeated ad nauseum for 3 punishing minutes.
Let’s do some comparisons shall we? You know, for fun.
Bjork sang about (Hyperballad) love and how she would dream at night about horrible things so she could be refreshed every day and take on the world with her significant other.
Lady Gaga sings about the Paparazzi. ???
Pearl Jam’s Eddie Vedder sang about (Jeremy) a boy so distraught and lost that he kills himself in front of his entire class.
Katy Perry sings about kissing girls and liking it.
Blind Melon’s Shannon Hoon sang about (No Rain) confronting prejudice and finding those that can help your to empower yourself so that bullies and naysayers can never get to you.
Britney Spears sings about (Hold it Against Me) wanting to get it on with someone, whilst vaguely referencing love.
RATM’s Zack De La Rocha sings about (Bulls On Parade) the American military-industrial complex, a situation in which industry (the arms industry, primarily) urges government to take military action, with the intent of obtaining military contracts, to thereby increase its revenue.
Nicki Minaj sings about (Right Thru Me) how she can be cantankerous and nasty, but her boyfriend can see right through her shenanigans. Wow, thought-provoking stuff.
I know I am making a number of fairly broad strokes here and some might accuse me of reducto ad absurdam to prove my point but I don’t think this sampling of popular music is singling things out to make my statement. Every era is going to have its crap, and its greatness and I just think the ratio is really messed up right now. In the 90’s the ratio was 75% greatness to 25% crap, and I think now in 2011 it’s flipped around. So for all the bands and artists we have that are worthy of our time and interest like Adele, M.I.A., Coldplay, Foo Fighters, Green Day, Eminem, U2 and Mumford & Sons, there is a slew of really awful stuff that has saturated the market and nearly drowned out that greatness. It’s lucky that amazing artist like Adele even CAN rise up to the top and create mainstream success with honest-to-gods TALENT because the market is such a playground for lazy, and boring and kids embrace that.
The reason this post came into my head at all is that Bjork has a new CD coming out in September titled BIOPHILIA. It is utilizing apps on the iPad, embracing technology but not losing what it was that made her so great in the 1990’s. The first single Crystalline has dropped and it’s a really interesting song, with interesting lyrics, and a melody reminiscent of her POST-era stuff, and finishes with a bit of drum and bass. It’s shown me that THIS is why she was so successful with DEBUT and POST especially in the 1990’s…because she wrote real music that meant something to her as well as us.  She’s totally strange, and her music is sometimes utterly bizarre but at least she is attempting to create something lasting…and not just produce something for now.

Another example is that Chris really enjoys Amanda Palmer and while she's not my cup of tea, at least she's doing something interesting! She's making music that MATTERS and is thought-provoking. She should be applauded for that.
I’m veering into the 80’s here a bit…but you know that feeling you got when you first watched the video for U2’s WHERE THE STREETS HAVE NO NAME, as Bono, The Edge and Co. stood on top of a Los Angeles corner liquor store and belted the song out to an astounded crowd below while the police did their level best to shut them down? Yeah that feeling. Where is that feeling in music today? Shit about the disco sticks and kissing girls JUST. DOESN’T. CUT. IT. I wish the industry could get back there, and I have hope of a resurgence but people need to start caring first and kids need to stop embracing lazy, tepid music.
/rant
Note: As to not leave this on a sour note. I give you the latest Bjork Single I spoke of above. Enjoy.

Posted by GunMetalBlue at 8:43 AM

Email ThisBlogThis!Share to TwitterShare to FacebookShare to Pinterest
Labels: I miss the 90's, Music interlude. Rant