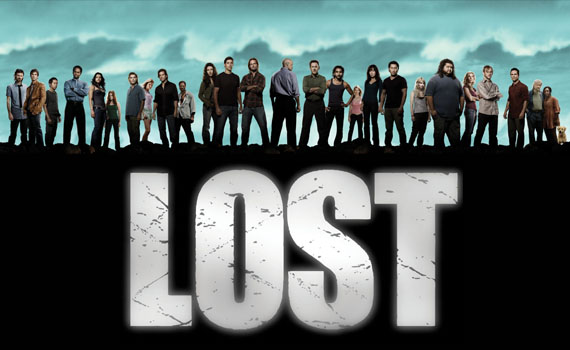 I’ve been recently watching FRINGE. I’m about 6 episodes into season 2 now and enjoying it wholeheartedly. It got me thinking about the other J.J. Abrams show I loved so  much.
LOST.
About a week ago, it had been a year since the finale of the show aired at the end of it’s final sixth season. It was aptly titled “The End”. I’d like to talk a bit about the show as a whole, what it meant to me, and why I disagree with a number of “reasons” some people didn’t enjoy or like the finale. Just as a note, I hope that if nothing else this post stirs discussions about a show I think as viewers, we can all agree affected us on some level.
WARNING: SPOILERS FOR THE WHOLE SHOW AND ENDING HERE!
Let’s do a bit of time travel first. I started watching the show along with everyone else on the night the pilot and second episode aired. I was enthralled from the get go. I mean who wouldn’t be? A plane crashes on an island, some kind of huge monster ravaging through the trees and roaring, and a goddamned polar bear attack on a desert island in the south pacific. That was a new level of WTF-ery for television, and I think it especially did well because at the time most of the shows that were flourishing were reality shows. Audiences were primed for something new, and something episodic, something mysterious, and something cliffhangery that they could tune in for every week.
I think it was during season 2 that I lived with my co-blogger Chris. Every Wednesday, like clockwork, we would grab some beers, order some pizza and settle in to watch LOST. We both enjoyed it, though our opinions after it ended were polarized. AKA…I liked the ending and he didn’t (still doesn’t to this day). But what’s important to note is that we both enjoyed, for the most part, the journey as it happened. I still remember the day I figured out that the 108 minutes between button pushes in the hatch was the “numbers” added up and got all excited. I remember the level of “what the hell?” after Ben “moved” the island. I love the fact that Sayid, along with Jin and Sun in Desmond’s abandoned sailboat, going up the coast to find the Others and see the ruin of the 3-toed statue and then they don’t mention it again for like four seasons. There were always ample amounts of mystery, action, comedy and drama to keep the most discerning viewer entertained. And the music! I challenge anyone to listen to “Life & Death” from Michael Giacchino’s incredible score and not think of Boone or Charlie and get misty-eyed.
What seems to be happening amongst a lot of the people who didn’t like the ending is that they say they “wasted” six years of their lives watching it. I really never understood the thought process behind such a statement. Did said people look back and not enjoy the journey the show took them on? Or was it that they felt that after six years of journey, if the ending doesn’t satisfy their every whim of how “they thought” it SHOULD end, the entire run of the show is negated? It kind of boggles me to be honest. If you didn’t like the ending, that’s cool. I am down with that as your opinion, but those who then go on to say that the whole thing was crap because of the ending is poor form in my books. You can actually look at it on a season by season basis and if you do so, then up to and including most of the sixth season there was heavy, meaty fun mysteries to be explored and deep, deep characters to get involved with. I would argue the only episodes that people should have any issues with are the two part finale. That was where they either pleased you or annoyed you. I think it is especially poor form for people to have said that Lindelof and Cuse “didn’t know where the show was going and didn’t know how to end it”. While I am sure they didn’t know how to tie everything up, I think that there was indeed a basic plan for overall plot themes and arcs and where to go with them. Does everyone with that opinion REALLY believe that a huge television network like ABC was going to allow them to just wend the show aimlessly along with no goals in mind? The issue should be that there was a large number of plot threads, so many in fact that they couldn’t all be looked after all the time and some may have been left dangling. I’m cool with that and I don’t understand when people aren’t. I would have been SERIOUSLY annoyed had they wrapped everything up leaving nothing to my imagination.

All the big plot threads, were handled to some degree, and not only handled but handled well in my eyes (and at least a few others I know).
I am going to break down some things that folk (even now) seem to be either unaware of, or confused by:
-Everything on the island HAPPENED. I don’t quite get how anyone can think otherwise. It’s clear. This was a portion of their lives that they all shared. Christian (Jack’s dad) even tells him that in the finale, saying it was “the most important time of his life”.
-The Flash Sideways world existed for one purpose. To unite these people who ended up meaning so much to each other before they “moved on” independent of the times at which they all respectively died.
-Hurley became the island’s protector after Jack died, with Ben as his number two. Meaning they had many years of island-style immortality before they decide to move on.
-A lot of people say that the Dharma Initiative plot has no purpose. Sure it does. It existed because they, having found how to get to the island were investigating the magnetic anomalies and special traits of the island. That’s it. That’s mostly revealed in Season 5 when some of the castaways spend the time in the 1970’s. Why people feel they needed any more explanation to that is beyond me.
My main point in this post is that to me, this show wasn’t about the collective mysteries that were solved or not so solved in the end.  For me this show was about the journey these people took, and the role the island as an entity played in their lives. In uniting them, in helping them with what they did or didn’t do in their pasts, in brining them friendships and in some cases even love. Look at Juliet and Sawyer. She died on the island, likely many years before his eventual death (as he is one of the few who get off the island in the finale and go home), but in the afterlife/waiting room of the Flash Sideways he is reunited with her. It’s one of the things that I found most compelling about the show. That even something so existential as meeting a lost love in the afterlife can hit you on an emotional level like that.
I think the disconnect with a number of people and the ending is that they expected all the mysteries to be satisfactorily explained. Chris’s complaint was about the way the island and its protector were vaguely and rather magically macguffin’ explained. My argument was always that, the magic light/plug thing about the island was never what the whole thing was about. I don’t think Lindelof and Cuse ever meant it to be anything but a vaguery that even science isn’t going to explain. And I think that because in the end, this show wasn’t really about the mysteries…it was about the characters and how these various odd and strange occurrences served to bring them together and change their lives completely. Yes, the mysteries play a large part of that, but what no one can explain to me is just HOW explaining the island’s magical properties in other, more scientific, or realistic ways would change what the show was about. How does finding that you can KNOW how something worked, every piece of it, change the story they told you? Better yet, wouldn’t knowing that on such a level of detail actually steal from you the magic of the mystery altogether? Like if they ended the show saying: “Oh, this island that has magnetic pockets, immortality, moves through space and time, exists in different dimensions ect...well here’s how it all works in real world science. Here’s the why.”….

...oh dear god how BORING. Quite frankly that would have bored the shit out of me had they done that. I much prefer not really knowing just how the island is magic, with the vagaries of light and plugholes ect. I've known Chris long enough to not speak for him though so I'll let him comment about his thoughts.

However I will postulate that, saying that you wanted something explained more satisfactorily is like watching a film and being annoyed that characters don’t speak every word in their head or tell you everything they are doing at every moment. The BEST stories leave some stuff up to your imagination. That way there is still a sense of wonder about it down the road when you think about it, or revisit it. Beyond even that it makes for a hell of a discussion with friends who have opposing viewpoints. I think that after the finale aired Chris and I (and a number of other friends) spent hours typing long discussions on Facebook about it. That, to me, is a priceless thing. What fun to discuss the ins and outs of a show like that, even after it ends.
If it already wasn’t apparent, I loved LOST. All the way through, up to and including the ending. I watched vigilantly for six seasons and I think I only flagged a bit during season 2 when two of the actors being arrested for DD threw a monkey wrench into the scripts and the improvised storylines for the rest of the season were a tad long-winded. Overall I see it as one of the best shows I ever watched and one that even on a 3rd re-watch (which I am doing now with someone who hasn’t seen them all) I am enjoying immensely. I don’t feel that the producers and writers ever didn’t know what they were doing. I feel they brought us a character-driven show based on a strange island, and that wholly satisfies me.

I would also like to note that I feel the 4th season episode called THE CONSTANT is hands down the best hour of television I have ever watched. Ever. Also, Desmond was my fave castaway.
Whatever we each as individuals think of it, one thing is for sure: It was an absolute phenomenon and not one the public is like to forget. Above all else, people are going to remember LOST as quite a journey.
Posted by GunMetalBlue at 9:25 AM