Book Review: The Hero Of Ages by Brandon Sanderson 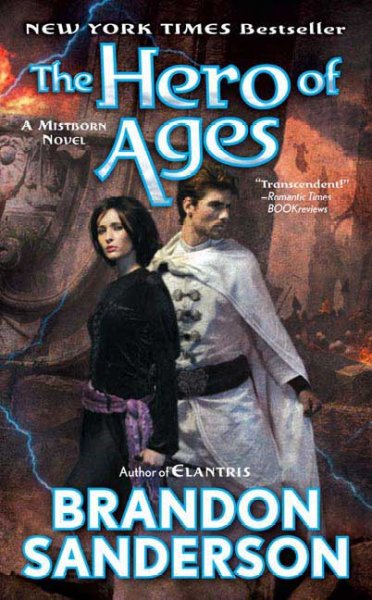 I have spoiler-ized the description below so as not to spoil for those who haven't read the first book (swipe it to read)...but if you haven't yet read it I would recommend doing so first.

Vin, after taking the power of the Well of Ascension at the end of the previous book, released it into the world instead of saving Elend.
Elend, however, survived by consuming a bead of metal which made him an extremely powerful Mistborn. However, the entirety of the Terrismen prophecies were shown to have been changed by the god, Ruin, to escape from the Well. Now Ruin has been released and is already beginning to destroy the world.
The Lord Ruler, in his wisdom, created storage caches containing valuables such as food and water in cave complexes beneath certain cities, each one providing directions to the next. Even as Vin and Elend struggle from cache to cache, the world itself begins to crumble, ash spewing forth in greater quantities and the mists claiming more and more people.
Will humans be enough to stop their own destruction?
When I finish a really good book, I close it up and put it down sighing “Man that was a good book!” I do this out loud, whether people are present or not. It’s actually better if there is no one around because then I know I needed to express my wonder aloud regardless of audience.

I also am VERY excited by the prospect of later this year getting to get back into the Mistborn world with the new novel set like 300 years later, and will have Allomantic Gunplay. Man I can’t wait.
Posted by GunMetalBlue at 8:39 AM