Upcoming: Cover Art: After The Golden Age by Carrie Vaughn

I've not read Carrie Vaughn's Kitty Norville series, but I hear nothing but good things, and I've actually got a copy of her most recent non-Kitty work DISCORDS APPLE in my To-Read pile.

Consider me excited then with not only the premise of her next book AFTER THE GOLDEN AGE:

It’s not easy being a superhero’s daughter. The only daughter of Captain Olympus and Spark, the world’s greatest champions, Celia West has no powers of her own, and the most exciting thing she’s ever done is win a silver metal in a high school swim meet. Meanwhile, she’s the favorite hostage of every crime boss and super-villain in Commerce City. She doesn’t have a codename, but if she did, it would probably be Bait Girl, the Captive Wonder.
Celia has worked hard to create a life for herself beyond the shadow of their capes. But when her parents’ arch-enemy, the Destructor, faces justice in the “Trial of the Century,” Celia finds herself sucked back into the more-than-mortal world of Captain Olympus–and forced to confront a secret that she hoped would stay buried forever . . . .

...but also its cover art, which is nice and 40's, Golden Age Comics, Rocketeer-like. Love it. 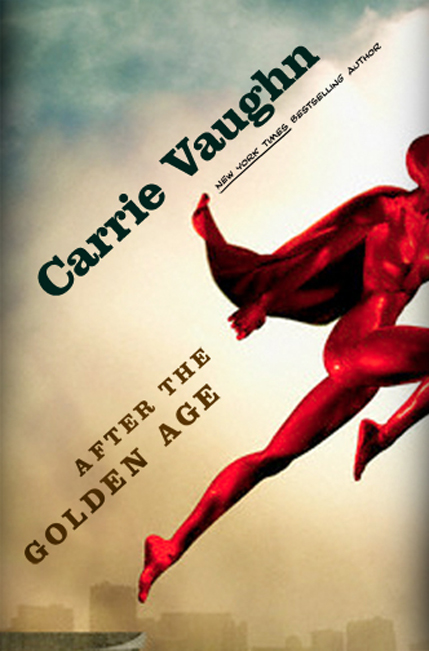 Posted by GunMetalBlue at 7:31 AM