Faster and faster. In just over a month my favourite show returns to the air.
The updates from the world of DOCTOR WHO is starting to ramp up in earnest now. So let’s get to it shall we?
Series 6 has production photos, a couple of episode titles, and set photos that have dropped, some are slightly spoilerific, so if you are inclined to stay completely oblivious then don’t scroll down to the pictures at the bottom. There are some non-spoiler photos to be had though, so… 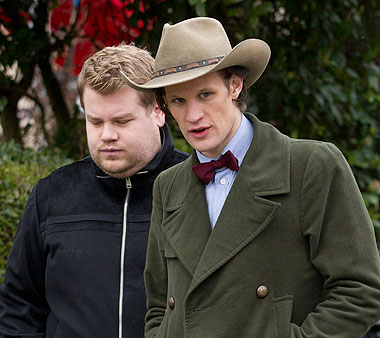 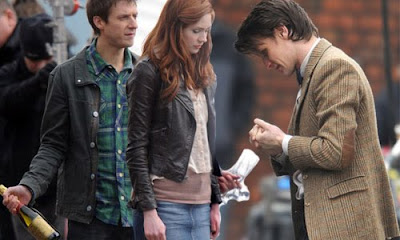 The titles to the opening two-part episode of Series 6 have been revealed. Drum roll please:
THE IMPOSSIBLE ASTRONAUT
DAY OF THE MOON
Cool titles, and this is the two-part episode that was shot in America. You know the one that features Matt Smith wearing that stetson and River Song shooting it off his head, not to mention Amy Pond dressed in a hot plaid western shirt. Methinks that also means those aliens that look like “greys” might feature in it. Only time will tell. The other set pics (which feature the previous posts’ mention of James Corden’s return) that are slightly spoilerific will be at the end of the post. As you can see by the picture header the show has an official airdate on April 23rd 2011, and you know I am nothing but excited!

As to the Red Nose Day (Comic Relief special) that is due to air on Friday night on the BBC, there is a little preview trailer that has a clip from the DW sketch, it’s cool and I like the music. Check that out below.


Now let’s dig into something I’ve been wanting to do for a while. That would be classic WHO. Everyone who knows me is aware that my fave Doctor from my youth is definitely the 5th, Peter Davison’s Doctor. Young, crazy and dressed in a cricket outfit with celery accoutrement he was always the one I remembered watching (with the 4th and his Scarf and Jelly Babies second). Well, I’ve been feeling like I’ve not revisited old WHO for a long time. In fact I can’t recall the last time I saw a proper episode (that wasn’t the WHO TV movie that starred the 8th Doctor)…probably 1989 when the last few episodes of the original show aired. So I’ve been thinking a nostalgia return to shaky sets, bad music and costumes…but GREAT stories is due. Therefore I plan to buy one of two DVD’s of these episodes that have been slowly re-released over the last number of years. My first choice will be either of the following (one featuring the Doctor dealing with a maddened Davros and Daleks, and the other his swansong and arguably the greatest episode of classic WHO ever). When I do watch them you can be sure I’ll drop a post about them and what I think on a re-watch all these years later. 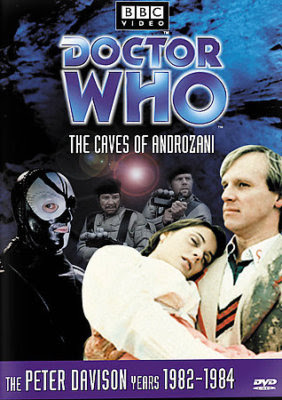 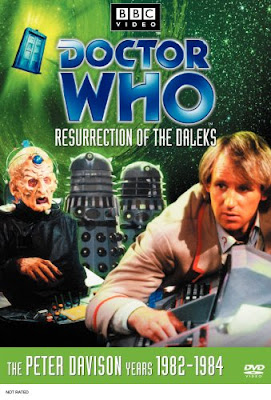 And now, find below a couple of those spoilerific pics, which feature…

Cybermats, as apparently the Cybermen are going to be all over the new series and I hope (crosses fingers) that like the Daleks redesign by Moffat & Co., that these will be some form of the oldschool Mondasian Cybermen and not RTD’s Cybus versions. No offense to the new ones but the classic ones are scarier. Anywho, have a look. 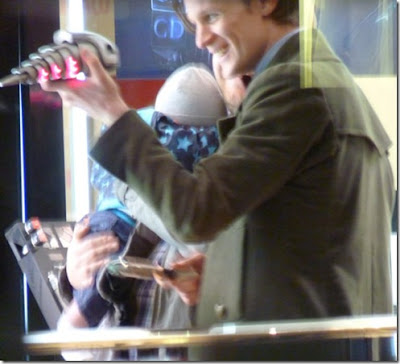 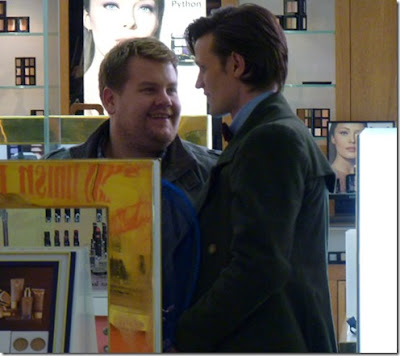 Posted by GunMetalBlue at 7:13 AM

Email ThisBlogThis!Share to TwitterShare to FacebookShare to Pinterest
Labels: Docotr Who news roundup