It's that time of year. Everyone is doing their lists, best of ect. I always find those fun to do and read. So we here at Iceberg Ink decided to do one as well. Though please note this is Scott's list only, as Chris has been bogged down with school and his family obligations and didn't get through as much in volume so he will await next years awards to participate.

This one is a tie between THE CROWN CONSPIRACY by Michael J. Sullivan and THE HUNGER GAMES by Suzanne Collins. Both novels really affected me, and both were astonishingly simple in their core idea yet brilliant in their execution. Both are also relatively newer authors too, so this is quite a feat really. Kudos to these two for keeping me awake till the wee hours. Do yourself a favour and read both of them.

This one is easy. THE WAY OF KINGS by Brandon Sanderson simply blew away the competition. For a novel that clocks in at just over 1000 pages in hardcover, this one had my eyes glued to the pages reading so voraciously that I finished in only a couple of sittings. Sanderson has become a heavyweight in the genre and this first of his planned ten-book Stormlight Archive is the proof of that.

I don’t read a lot of sci-fi so I only have a small window of books to choose from that I can have in this category. I also realized I haven’t read any sci-fi that was specifically NEW in 2010, so we are going to go with my fave sci-fi read which came out a number of years ago. OLD MAN’S WAR by John Scalzi really was a rollicking good read. It was simple while at the same time being clever and endearing, which is something I wasn’t expecting. 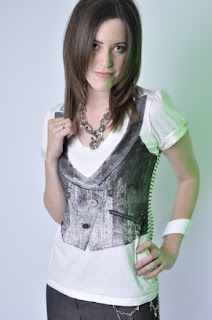 Another easy choice. British hottie author Alex Bell, even though her debut novel THE NINTH CIRCLE came out in 2009, it only reached my ears and eyes over here in Canada this year. So she wins. Her books are thoughtful, fantastical and Gaiman-ish. I also have heard nothing but amazing things about her YA series LEX TRENT books and they are on my radar for 2011.

Gollancz. Easy Peasy. Even though I’ve read more TOR books this year than I ever have before, Gollancz still wins for marketing, presentation and the chances they take on new authors. Who knows if we’d have folks like Joe Abercrombie, Alex Bell or Alastair Reynolds without them. For that, I think the fantasy book world can be eternally grateful.

I’m kind of cheating on this one (as I’m only a couple of hundred pages into it…), but Ian Cameron Esslemont’s 3rd Malazan book STONEWIELDER wins. There is some back and forth dialogue between the soldiers of the 17th Squad Malazan heavies that is priceless, and then there is Manask…not to mention Ivanr.

THE FIRES OF HEAVEN by Robert Jordan. I finally got around this year to reading this series. The 5th Wheel Of Time book had quite an impact on me. I don’t know why…though it probably has something to do with that scene with Moiraine or the one in Rhuidean…and then this was also the volume where I stopped hating Nynaeve and starting loving her. All told made up for a great read.

Within the pages of the well-received SWORDS & DARK MAGIC anthology are two pieces of short fiction that stood out to me. But one I flat out LOVED. The always brilliant Joe Abercombie’s FOOL JOBS was the best damned short story I’ve read this year bar none (and in fact you can add last year to that statement as well). It had everything an Abercrombie story should have and had an ending that I absolutely howled at. Just sheer top-notchery from the Abercrombie camp yet again. If this story was any indication, THE HEROES  (pssst, which you can pre-order!) has a shot at being in the top for next years list.

I’ve got to go with the one that I read the most frequently and that’s A DRIBBLE OF INK. I read it daily, laugh daily and enjoy his reviews daily, not to mention his inside info on cover art. It was one of the blogs that I used to read and wonder if I could do that. Impressively laid out, and yet simple and easy to read, Aidan Moher runs what is probably one of the best blogs about all the stuff we read out there.

Runners Up: I also have to give props to a couple of other folks.

Sarah Chorn over at Bookworm Blues does a splendid job and her reviews are always lucid, thoughtful and exacting. I read her blog daily, and never is there a dull moment.

Graeme Flory who runs Graeme’s Fantasy Book Review is another that I constantly check for updates and find not only to be informative, but comprehensive and fun to read as well. His reviews are witty and insightful and I hope to aspire to be half the reviewer he can be.
Posted by GunMetalBlue at 7:53 AM