First up, this weekend (beginning actually on Thursday night) Chris and I will be attending (for all 4 days) Toronto’s FAN EXPO (comic, sci-fi, anime, gaming, horror convention). This will be the first year we are attending it for the entire time. In previous years (ex. Yours truly has been attending since the late 1990’s) we have stuck to going on the biggest day (Saturday) and jamming absolutely everything we wanted to do into those 5 or 6 hours. This usually resulted in us missing a lot of the things on offer for the admission price (Q&A’s with guests, sketch-duels, preview screenings, TV and Film panels ect.) since we’d never have time for it all, plus our regular round of signings, purchasing and wandering. So this year we’ve gone all out. 4 days and we’ve already mapped out the majority of what we are going to do, see, attend, ect.

The plan then, for you folks, is that we will be tweeting live on the proceedings, what we saw and did, and should we have the energy we may be recording short little ten minute podcasts each day and posting them immediately after recording them. Things to look forward to: The premiere Canadian screening of ABC’s new post-apocalyptic show REVOLUTION, a few sketch duels from some heavy-weight artists, the Warner Brother’s trailer set (I assume for 2013 and beyond), and meeting the likes of John Barrowman, Norman Reedus, and Christopher Lloyd.

So stay tuned, and watch our respective twitter feeds for updates throughout the day. And in all likelihood we will make a long post-Con roundup. 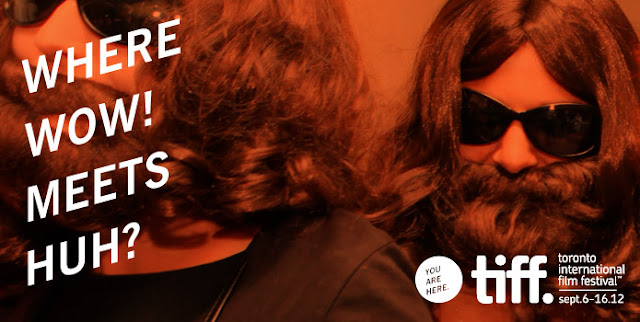 Further down the pipe, beginning on Sept. 6th and running until the 15th is TIFF! That’s The Toronto International Film Festival for the uninitiated. Chris reported on his viewings last year, but this year is unable to attend…and seeing as I’ve not properly Fest-ed (what? It’s a word!) in a couple of years, it would appear as if it is my turn. I’ve taken some vacation time and have a 10-ticket pass, so I will be seeing ten films, plus I will probably get a Back 5 (which I can use to pick up five more films after the initial choice lottery happens), so 15 films in 10 days. Bring. It. On.

So I’ll be posting regularly, probably updating twitter as I stand in line and probably about what stars are wandering round Toronto. Seriously, if you’ve not been to TIFF, you literally see stars everywhere.

I’ve already made my 20 picks (10 1st choice films, and 10 alternates in case I don’t get all my 1st choice ones), and there are some DOOZY’S that I cannot wait to see! Just to tease them out, a few on my list are: DREDD, CLOUD ATLAS, BYZANTIUM, ANNA KARENINA, THE IMPOSSIBLE, CAUGHT IN THE WEB, OUTRAGE BEYOND and JOHN DIES AT THE END. Now I won’t get all 20 picks, but I’ll touch base with the full list once the choices have been announced late next week.

So that’s what’s on the schedule for the next little while. Two big events that will also have a big presence here on the blog. For entertainment’s sake don’tcha know. 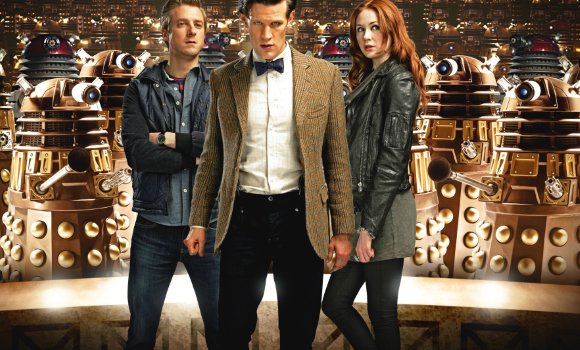 Ah lastly, but certainly not leastly… the DOCTOR WHO Series 7 premiere episode ASYLUM OF THE DALEKS has been given the airdate of Sept. 8th on BBC America, but the rumour is that it will air a week earlier on Sept. 1st in the UK. Now if we can use history as an example that would mean that Space (the Canadian station that airs it) will air it on the 1st as well. We can hope!
Posted by GunMetalBlue at 5:52 AM