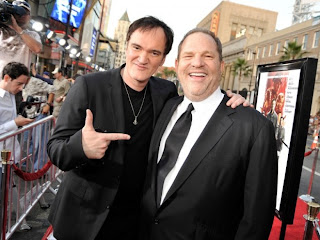 A mildly interesting film, but it never rattles your perception about who you think Harvey Weinstein is.

"Oh gosh, Harvey was a hardscrabble guy who rose up through the ranks to become a distributor of popular indie film and once he got mad and threw a phone out a window."

I want to know where the bodies were buried and who his enemies were. Where’s the blood in the water? Instead what I got people telling me that he recut a film once and it was better than the original cut. The biggest revelation UNAUTHORIZED blows the cover off of is that Harvey got in a fight with Michael Eisner, left the comforting arms of Disney and tripped into a pot of money.

This film deserves to be on shown on some sort of late night VH1 BEHIND THE MUSIC marathon and then forgotten about.