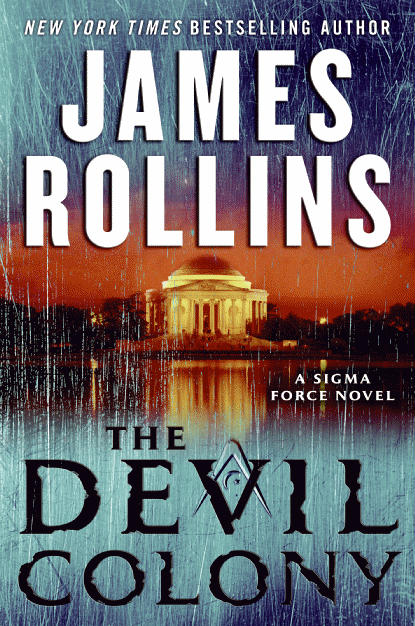 Could the founding of America be based on a fundamental lie, one coded in secrets that stretch back to before the birth of Christ, to a mystery buried in the prehistoric past? The truth lies hidden within the ruins of a cursed lost colony of the Americas. A place known only as: THE DEVIL COLONY. During a sweat lodge ceremony in an Indian cave in the Rocky Mountains, a horrible massacre ensues. Bodies are found blistered and burned and purposefully positioned to form two shapes: a five-pointed star and a sickle-shaped moon. One man recognizes the warning behind the gruesome murders: Painter Crowe, director of Sigma. He has seen these two symbols before and knows the deaths were a personal threat - one of the dead is his beloved cousin. From the frozen volcanic peaks of Iceland to the blistering deserts of the American Southwest, from the tombs of dead presidents to the gold vaults of Fort Knox, Painter Crowe joins forces with Commander Grayson Pierce and an unlikely ally - a woman who may have had a hand in the murders - to penetrate the shadowy heart of a dark cabal that has been manipulating American history since the founding of the thirteen colonies. But can he discover the truth - one that could topple governments - before it destroys all he holds dear? Including the woman he loves.


This is probably a bit old news, since this book was meant to come out in August, but I thought I'd post now considering the release date change.

It turns out that James Rollins publisher decided because of their tight release schedule (and I would also expect because they like to release his books in summer as thriller's seem to do very well with vacationing readers) to delay release till summer 2011.

I was pretty bloody excited about this one. I have been a flag-carrying Rollins fanboy for a number of years now. His Sigma series is probably my favourite thriller series and the last couple of books have upped the ante on the tension, thrills and fun. I had many a sleepless night reading those last few.

Basically, Rollins does what Dan Brown does but in all the areas where Brown fails, Rollins succeeds across the board. He makes smart, thrilling adventures that always concern more than one aspect of history and science and he weaves them together in a fashion that makes them nearly impossible to put down.

At any rate, the seventh Sigma book THE DEVIL COLONY is, like I said, due to drop in summer next year and I for one am really excited to get back to our stalwart Sigma operatives.
Posted by GunMetalBlue at 6:08 AM